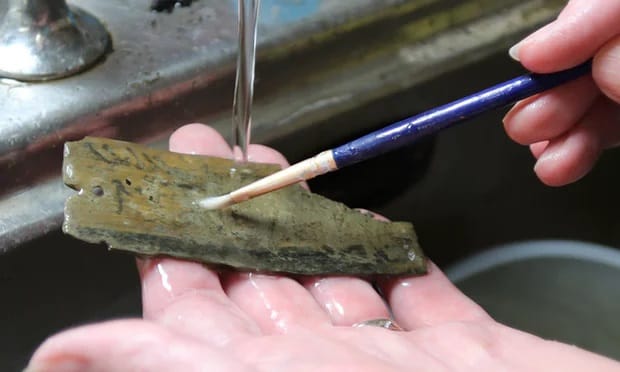 A Roman mosaic was uncovered during the archaeological project in Berkshire – a six-metre strip richly patterned with mythical characters became a real surprise to the archaeologists.

The British scientists describe the Roman mosaic as the best find of its kind in half a century. The rarity from about AD380 has been partly uncovered in Berkshire, where a community archaeology project should be finished in two weeks.

The Association for the Study and Preservation of Roman Mosaics is happy with such rare artefact, the six-metre mosaic is “without question the most exciting mosaic discovery made in Britain in the last fifty years”.

The huge and beautiful strip richly patterned with mythical characters, the rarity of Roman times was uncovered and later to buried again to protect it. According to the researchers, the Roman mosaic is ‘delightful, lively and charming pavement’, which reflects the level of the art development of a year AD380.

The find was made at a Roman site near Boxford where the team of residents and non-professional archaeologists and historians conducted their own research and excavations. the work of this joint community team was supervised by Cotswold Archaeology.