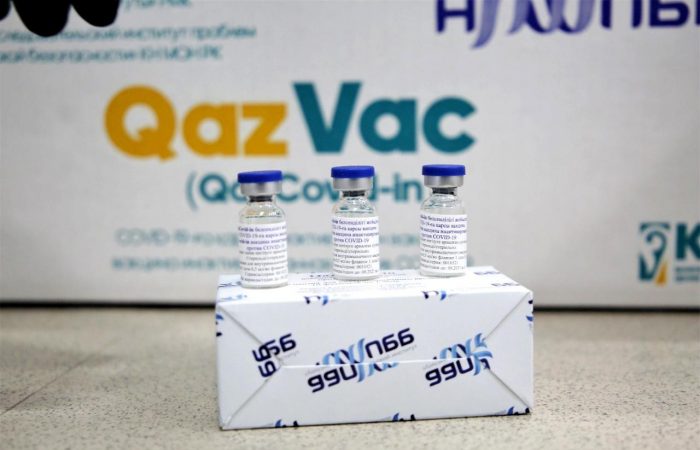 Kazakhstan’s government is in talks with Russia regarding possible supply of the Sputnik Light COVID-19 vaccine.

The Kazakhstani Health Minister Alexey Tsoi confirmed on Tuesday that the country’s health system is hoping for the Russian deliveries of its Sputnik Light vaccine.

“We are currently working this out. We have asked our Russian colleagues for the possible delivery of the Sputnik Light COVID-19 vaccine,” the top Kazakh official told TASS.

The volume of possible supplies has not been discussed yet but Kazakhstan has already asked Russia about the volumes it can produce since there is also a need for the country’s own market. Upon receiving a commercial offer,  the discussion will be held.

As of November 23, the Kazakh side probably doesn’t need large volumes as we have enough drugs for re-vaccination by the end of the year. “So, the deliveries for next year are planned,” the health minister Tsoi added.

The local plant, Karaganda Pharmaceutical Complex, has manufactured an experimental batch of Sputnik Light. A pilot batch is ready, but Kazakhstan now is hammering out this issue. A test batch has been manufactured to try out the technology and then examine it with the developer.

Commenting on the manufacturing process, Tsoi also noted that the tests of the first batch of Sputnik Light on the basis of the pharmaceutical complex were successful.

In February, Kazakhstan launched mass vaccination with the Russian Sputnik V COVID-19 jab. In April, the Central Asian republic began to immunize citizens with the national QazVac drug and the Chinese Sinopharm jab. In early June, the country received some 500,000 doses of the Chinese CoronaVac jab.

On July 15, the Russian Direct Investment Fund announced that Kazakhstan’s health ministry authorized Sputnik Light. On November 10, the republic received the first batch of the Comirnaty COVID-19 vaccine developed by the US company Pfizer and its German partner BioNTech, which is used for young people aged over 12 and pregnant women.