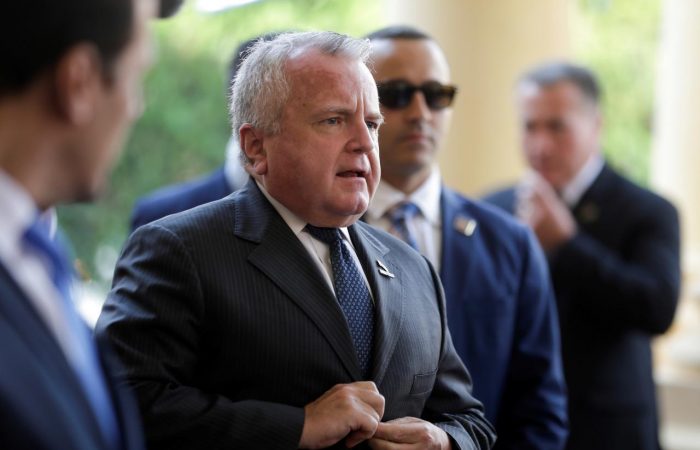 Russian Health Minister Mikhail Murashko met with the United States Ambassador to Russia John Sullivan, TASS reported. The top officials have discussed the novel coronavirus developments and perspectives of a vaccine against the novel pathogen.

The head of the Russian Health Ministry thanked the American colleagues for the batch of lung ventilators, which had been donated to Russia and will be used in the hospitals across Russia. Such equipment helps to save lives and, Mikhail Murasko added.

During the meeting, the sides discussed the COVID-19’s spread in both Russia and the United States, said the press release of the Russian health ministry. Both Murashko and Mr Sullivan confirmed that there were certain peculiarities of the situation in the regions of the two countries, so, aspect of providing timely and professional assistance to those patients remains the top priority.

The Russian health minister suggested holding a video conference of experts from the two states to share an experience.

Sullivan and Murashko also discussed the development of novel coronavirus vaccines and other medicines to prevent and treat infectious diseases in Russia and the United States.

«Although the novel coronavirus mortality in Russia is low, every human life matters to us, and we would like to increase our knowledge to make those figures even lower,» the statement quoted Murashko as saying.

The sides also thanked each other for humanitarian assistance. In April, Russia sent a batch of medical goods to the US, and afterwards, the US delivered a batch of 200 ventilators to Russia.

The US ambassador expressed his gratitude to the Russian side for providing medical equipment at the initial stages of the novel coronavirus outbreak in the United States.