Science may predict the next big flood in Greenland 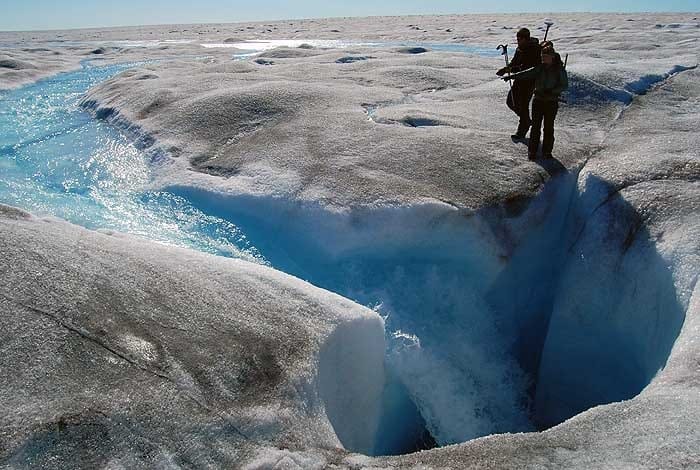 The scientists can predict how soon the next big flood will hit Greenland, the modern research is ready to implement an early warning flood system, says the study published in the scientific journal The Cryosphere.

The Danish glaciologists have developed the system that shows precisely how surface melt on the Greenland ice sheet is transferred into the rivers that drain the vast inland ice. Since 2012, the scientists tried to calculate these complex natural process to convert this knowledge into the laconic early warning flood system.

earlier, no one knew precisely how all of this meltwater had travelled from the surface of the ice sheet to the river, explains glaciologist Dirk van As from the Geological Survey of Denmark and Greenland (GEUS). Now, the modern technologies made possible the prediction of such natural processes.

Glaciologists about the early warning system

According to the researchers, the instrumentation for prediction already exists, the only task for the glaciologists is to do the coding. That will help to produce an automated system that indicates how much meltwater is on its way. This actual data alert the authorities with a few days notice.

Van As and his team had to figure out the internal plumbing of the ice sheet to calculate how long it took for the meltwater to reach the river. They used data of surface melt high up on the ice sheet and river flow at the Watson River bridge to track the progress of the meltwater.

“When you release water on top of the ice sheet, which could be rain but mostly is meltwater, it flows through the ice sheet and down underneath until it exits and forms a river on the tundra. And this takes a surprisingly long time—a few days or longer. This is one result that we haven’t been able to quantify accurately in the past,”