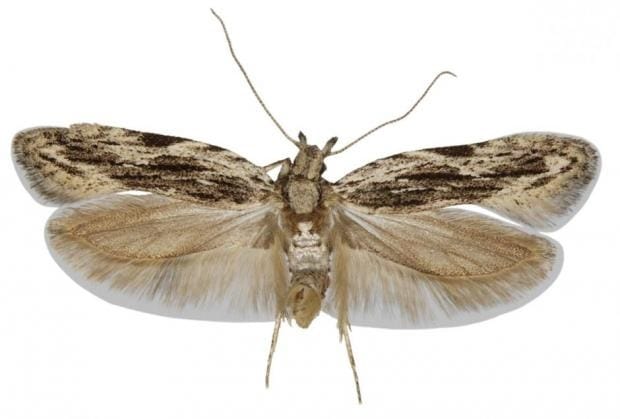 A new moth species discovered in Denmark, Anarsia innoxiella was previously unknown to the entomologists in northern Europe.

The new type of moth from the family Gelechiidae was discovered by Ole Karsholt from the Natural History Museum of Denmark. Moth given the Latin name — Anarsia innoxiella, it is widespread throughout the UK and Scandinavia, and it is a unique discovery for this part of the world. For Danish scientists, it is a real surprise, said the co-author of the study Ole Karsholt.

he says and adds that the innocuous new species had not been identified until earlier because of its close resemblance its relative, the peach twig borer, or Anarsia lineatella. Both theses moth types are too alike, but the newly-discovered Anarsia innoxiella has a reputation as a troublemaker to the farmers and agriculture- its larvae are known to ravage peach, plum, and almond trees.

For decades, scientists thought that the peach twig borer lived in Denmark and Northern Europe, but the new study shows that this is not true. And what they thought was a peach twig borer was actually an unknown species of moth.

Karsholt and his friend, Keld Gregersen, studied a number of specimens from Denmark and compared them with samples collected elsewhere in Europe. They saw a minute difference in the insects’ wings and sex organs, DNA. The Danish entomologists concluded that it was a different species.

“We’ve found the new species in Scandinavia and the UK, and in many countries throughout Europe, all the way down to the Balkans. But until now we simply thought it was a peach twig borer,”