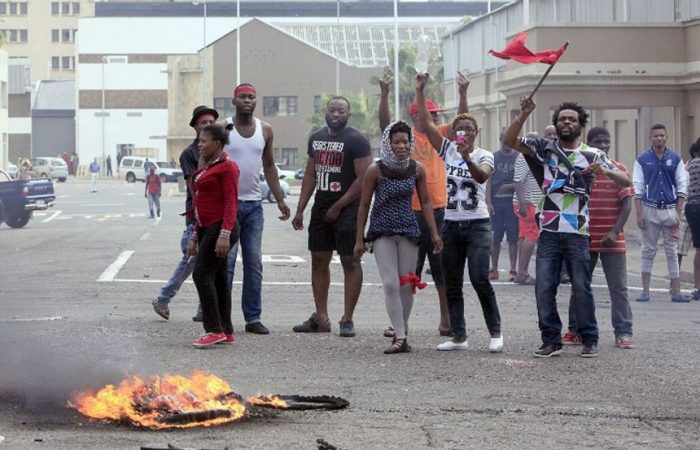 Pretorian police have registered the fresh waves of the violence on the streets on Monday. The rioters descended on the streets of the country’s largest city blaming migrants for taking jobs from the local population. The mobs loot foreign businesses, causing chaos and bringing instability in the daily life of the Johanessburg and Pretoria, the biggest cities.

Several vehicles and buildings housing businesses belonging to foreign nationals mainly from other African countries and Asia were torched. Violence began on Sunday evening in small city Jeppestown near Johannesburg where residents started looting foreign-owned shops after one of the buildings in the area caught fire.

South Africa’s ruling African National Congress Party (ANC) condemned the violence and urged the police to take action against the looters whom they described as criminal elements.

Police have to use rubber bullets to stop violence and looting

The police fired rubber bullets and stun grenades to quell the situation as rioters broke into more shops and at times attacked foreign shopkeepers. Motorists were also stoned by rioters in some parts of Johannesburg shattering their windscreens.

»We have so far arrested over 90 people in Johannesburg for public violence,» Gauteng Police spokeswoman Mathapelo Peters told reporters in Johannesburg.

ANC Secretary-General Ace Magashule condemned the violence and urged to stop ousting the foreign business from South African cities. In fact, the country has been hit by a wave of violence targeting foreign nationals and their businesses over recent months. There is high unemployment in South Africa where locals often accuse foreign nationals of taking up jobs meant for them.

While last month, mobs in South Africa also looted several foreign-owned shops on the outskirts of Johannesburg, accusing foreigners of not respecting local laws, police said at the time.

The local people always accuse foreign nationals of unfairly competing with them in running small businesses and crowding social services such as health facilities.