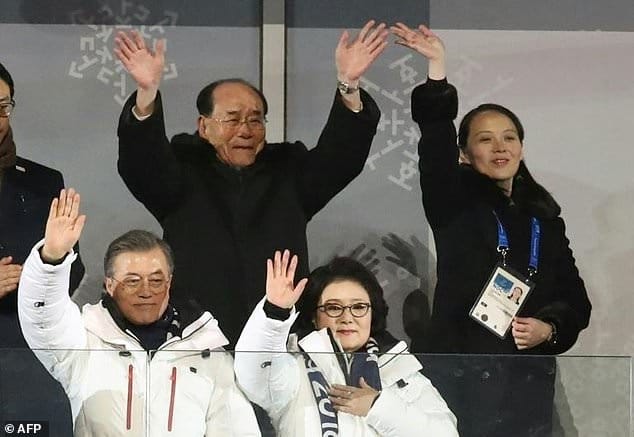 Kim Yo Jong invited South Korean President to a summit in Pyongyang on her brother’s behalf, but Moon did not immediately accept, saying that the right conditions were necessary first.

Before leaving Seoul, Chung Eui-yong, the head of the National Security Office who is leading the 10-strong delegation, said the key aim was denuclearisation.

“Most of all, I will deliver President Moon Jae-in’s sincere and firm resolution to maintain the dialogue and improvement in relations between the South and the North, which were fostered on the occasion of the Pyeongchang Winter Olympics, to denuclearise the Korean Peninsula,”

he reiterated during the press briefing.

The  historic nuclear talks: South and North Korea will meet in Washington

Monday’s delegation includes spy chief Suh Hoon, who is a veteran in dealings with the North. He is known to have been deeply involved in negotiations to arrange two previous inter-Korean summits in 2000 and 2007. According to the North’s official Korean Central News Agency,   their impending visit in a one-paragraph dispatch.

The 10-member group — five top delegates and five supporting officials — will return to Seoul on Tuesday.

Other members include Suh’s deputy at the National Intelligence Service as well as Chun Hae-sung, the vice minister of Seoul’s unification ministry, which handles cross-border affairs.

The delegation will fly to the US on Wednesday to explain the result of the two-day trip to officials in Washington, according to the South’s presidential office.