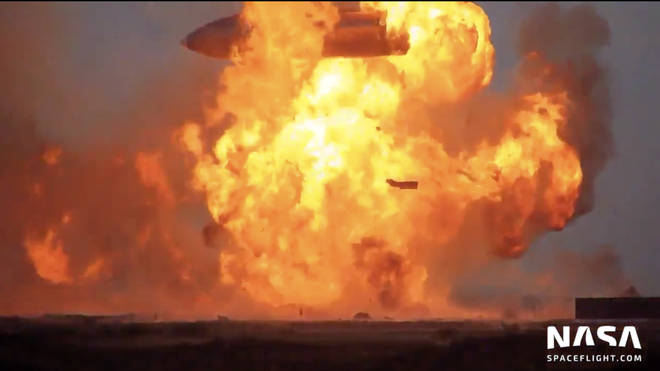 Elon Musk’s futuristic Starship exploded into a fireball just minutes after what appeared to be a perfect touchdown on Wednesday. SpaceX’s continues to work on it.

While the billionaire has estimated the first crewed mission to Mars could happen as early as 2024 or 2026, the full-scale prototype of his envisioned Mars ship soared more than six miles after lifting off from the southern tip of Texas.

On Wednesday, SpaceX’s Starship descended horizontally over the Gulf of Mexico, then flipped upright just in time to land.

The shiny bullet-shaped rocket ship remained intact this time at touchdown, prompting SpaceX commentator John Insprucker to declare “third time’s a charm as the saying goes” before SpaceX ended its webcast of the test.

In fact, two previous test flights crash-landed in fireballs, too.

The billionaire thanked the SpaceX team for doing great work! “One day, the true measure of success will be that Starship flights are commonplace,” an eccentric inventor added.

Despite the third unlucky test, Elon Musk plans to use Starships to send people to the Moon and Mars. Each of these last three test flights lasted six-and-a-half minutes.