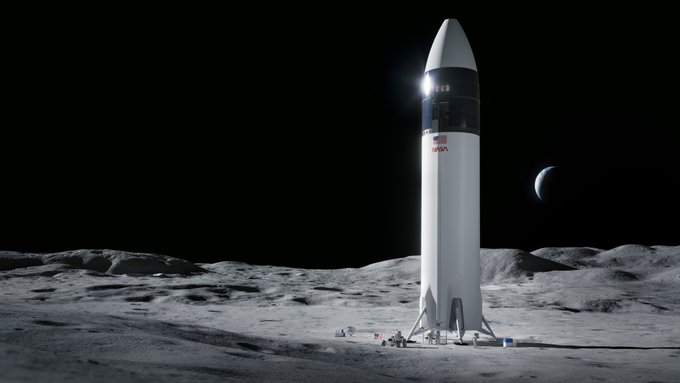 SpaceX, a company owned by Elon Musk, won a contract worth 2.89 billion dollars to build the lunar lander that will eventually put the first woman and person of colour on the moon.

NASA has chosen SpaceX to further lunar cooperation and filling the gap in space gender inequality. The announcement came a few hours after Musk’s most international crew of astronauts yet arrived in Florida for lift-off next week.

Elon Musk’s Starship — the futuristic, shiny steel rocketship that’s been launching and exploding in Texas — beat out the landers proposed by Jeff Bezos’s Blue Origin and Dynetics, a subsidiary of Leidos.

“We won’t stop at the moon,” said Nasa’s acting administrator Steve Jurczyk, commenting on the news but providing no details.

So far, there is no data for a target launch date for the moon-landing Artemis mission. Despite the Trump office had set a 2024 deadline, NASA sees it as unrealistic. “We’ll do it when it’s safe,” said Kathy Lueders, NASA’s human space exploration office.

She indicated Nasa and SpaceX are shooting for later this decade, The Press Association reported.