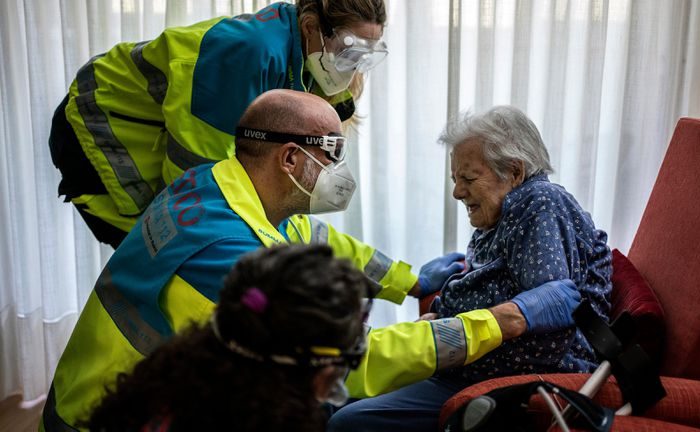 Spain’s health ministry reports on receiving the first bunch of the anti-COVID vaccine developed by AstraZeneca. The first 196.800 doses came as the first shipment of AstraZeneca jabs on February 6th.

On Saturday, Spain became the latest European nation to impose an age restriction on the Anglo-Swedish vaccine. The health ministry had previously stressed it would limit the use of the AstraZeneca vaccine to under 65 year olds.

Spain’s move echoes earlier decisions by a growing number of nations in Europe that have restricted the vaccine’s use. «The public health commission, at a meeting on Friday and following scientific evidence, has approved setting as 55 the maximum age for people to get the AstraZeneca vaccine against Covid-19,» the health ministry said in a statement.

Last week, the Spanish Health Minister Carolina Darias said the country was «open» to the idea of using Russia’s Sputnik V vaccine as long as it was approved by the EU regulators.

In fact, the AstraZeneca jab is only the third vaccine to be approved by the EU after those developed by Pfizer/BioNTech and Moderna. Despite the reports of clinical trials, jab’s efficacy is reported to be just 60 percent, compared with more than 90 percent for the other anti-virus drug.