Spain records more pigs than people for first time ever 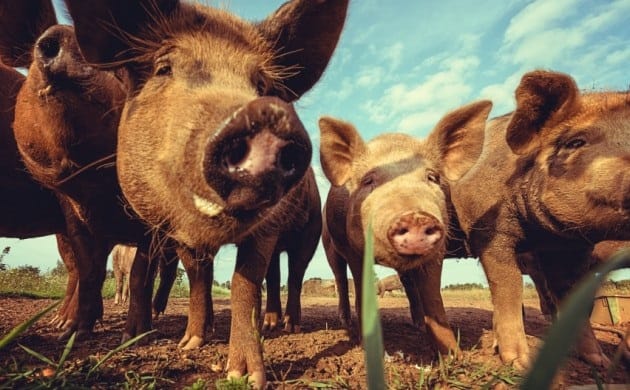 Spain is known as the country with the biggest pork export but his year report for the Environment ministry showed that country more pigs than people for the first time ever, TheLocal report.

Spain’s Environment ministry has revealed that in 2017, the number of pigs slaughtered for pork products exceeded 50 million, 3.5 million more than the 46.5 million human population of Spain. Such figures made consider the environmental impact of pigs.

Spain has seen a surge in pork production over the last five years to meet a growing export demand from China, and only a tiny percentage of pork consumed derives from the pure-bred acorn-fed Iberian pig that is famous for producing the world-famous jamon serrano. Each Spaniard consumes an average of 21kg of pork annually while the industry generated a whopping €6 billion last year, concerns are mounting over the detrimental effect of so many pigs on the environment.

Spain’s environment ministry announced soon after taking office in June, that it was planning new controls on pig farming to improve “hygiene, animal health and welfare and the environment”. the environmentalists say that the livestock in Spain now generates 10 percent of greenhouse gas emissions, the fourth largest producer after transport, electricity generation and industry. Thus, pig farming has an impact on the ecology, and it is time to consider the environmental impact of pigs.

For the ecology, the biggest concern is the strain pig farming places on drought-prone areas of Spain. Each pig consumes 15 litres a day, meaning the industry as a whole uses more water than the cities of Seville, Alicante and Zaragoza combined. In future, the industry should take into account that the groundwater is also at risk of contamination from nitrates in animal waste.