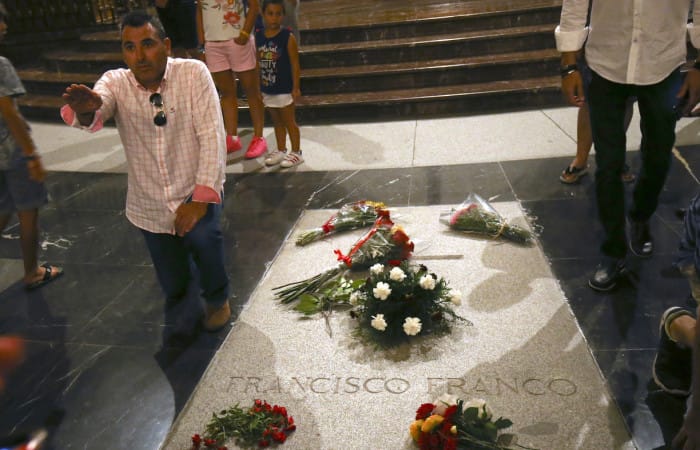 Spain’s government has announced a date for exhuming the remains of Francisco Franco, Reuters reported. On June 10, dictator’s body will be reburied from the Valley of the Fallen mausoleum, confirmed the Cabinet on Friday.

Spain’s Cabinet meeting, one of its last moves before a snap election due on April 28, made a historic decision regarding the remains of dictator Franco. According to Deputy Prime Minister Carmen Calvo, Mr Franco’s body will be reburied in the state pantheon Mingorrubio El Pardo. That is the burial place of various political figures but the ceremony will be quiet, only members of the family allowed. No media coverage for that solemn ceremony planned, the Spanish government doesn’t intend to draw attention to the reburying of the dictator.

For Spain, the Franco era remains a sensitive subject even more than 40 years after he died. The plan to move his body divides Spanish society and political parties and has been delayed several times over the past months. His family opposes the exhumation and has taken the issue to court, but the Supreme Court has been silent so far.

“The cabinet has concluded the procedure to exhume the dictator’s remains and rebury them,” Calvo said and added Franco’s family and its friends have made use of every available legal instrument forcing delays in the process. After all, date of exhuming is set, on June 10, Francisco Franco’s remains will be reburied in the state pantheon Mingorrubio El Pardo.