Finland agrees to join NATO without Sweden
A fire broke out in the Turkish port of Iskenderun.
The UN Secretary General called on the nuclear powers to renounce the use of nuclear weapons.
The total death toll due to the earthquake in Turkey was 76 people.
Palestine expects independence from nine countries in 2023.
Erdogan said that the departments began to eliminate the consequences of the earthquake.
Poland will build an electronic barrier on the border with the Kaliningrad region.
Israel stated that the air raid was not caused by rocket fire.
The leader of the Turkish nationalists commented on the photo with the flag on the US destroyer.
Five people were injured in an explosion in Pakistan.
Our choice
Two people have been arrested in the United States on suspicion of mass murder.
54595 0
According to the latest information, the United States offered Ukraine to give Russia 20% of the territory in exchange for peace
47077 0
The Brazilian Navy sank its only aircraft carrier, the Sao Paulo.
40633 0
The Austrian Ministry of Defense commented on the decision to help Ukraine.
37411 0
Thousands of Israelis took to the streets in Tel Aviv to rally against legal reform.
35621 0
Zelensky’s office called for 350-450 tanks to be delivered to Ukraine.
34547 0 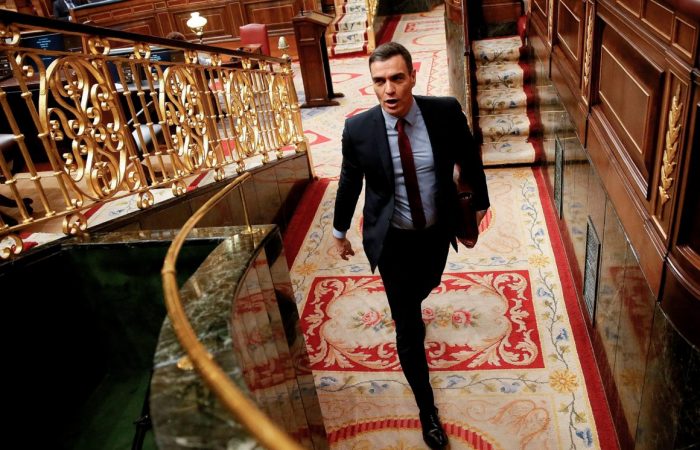 Spain’s ministry of the economy reported the worst ever indicator, the national statistics agency INE reports. As data illustrates, the drop is the worst the EU country has experienced since the 1930s.

Coronacrisis has a great impact on the economies of the EU countries, including Spain. The country has many industrial and agricultural business along with its powerful touristic sector. All of these fields suffered significantly because of the lockdown.

In fact, Spain’s economy contracted dramatically in the first quarter of the year because of the coronavirus lockdown, with GDP dropping by 5.2 percent between January and March.

The kingdom remains the eurozone’s fourth-biggest economy but it had not experienced such a serious decline since the Great Depression, according to the INE figures. For comparison, during the financial crisis GDP dropped by 2.6 percent in the first quarter of 2009.

According to the financial experts, several factors contributed to the drop, including

Spain has a plan on how to revamp its economy soon

Minister for Transport José Luis Ábalos said the government had anticipated a large economic impact and had pushed for a national pact to revamp the economy.

“The plan to ease the lockdown has also to do with this situation, to prevent a bigger economic fall,” he told Cadena SER radio.

Amid the coronacrisis and the nationwide lockdown, the annual Consumer Price Index hit -0.7 percent in April, due to the fall in the price of fuel. However, annual food prices went up from 2.5 percent in March to 4 percent in April, INE report says.

This week, Spain’s PM has unveiled the plan on the gradual lifting of restrictions. A few parts of the country where the novel pathogen data are more promising will jump directly to phase one, in which adults will be able to go for a drink on a bar’s terrace. However, they will still be banned from entering other people’s homes. Travel within one’s own province will be possible, said the PM’s official statement.