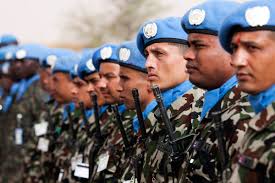 The $45 million memorandum on helping fight terrorist-related crime was signed on Thursday between the United Nations and Sudan, the UN site reports.

As Sudan’s Foreign Ministry said in a statement reads, the newly-signed pact is meant to implement the UN’s Counter-Terrorist Travel Program, which provides intelligence support to countries against terror-linked crime.

In general, the ideological factor, the fulfilment of duties and making financial gains are also among the most important causes of continuing along the path of extremism and crimes linked to it in Sudan.

Amid coronavirus lockdown, the memorandum of understanding was signed via video link by the officials from both sides. Sudan’s UN Ambassador Omar Muhammad Ahmad Siddiq and Vladimir Ivanovich Voronkov, deputy head of the UN’s Counter-Terrorism Office, have agreed to sign the multi-billion document on mutual help.

In fact, signing the $45 million memorandum signals the start of “a major integrated project in the field of travel, for the fight against terrorism and for civil aviation,” the statement added.

Over the years, the UN’s Counter-Terrorist Travel Program helps countries prevent terror-related crime and find terrorists, foreign fighters, and criminals by analyzing countries’ travel data. In collaboration with the United Nations Development Program, Sudan conducted a detailed study of the case of extremism leading to terrorism in preparation for encountering it.