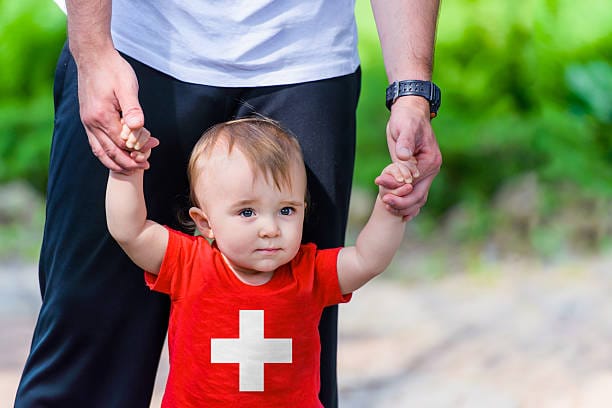 Switzerland is known as a country with the shortest paternity leave, so, Federal Commission for the Coordination of Family Affairs (COFF) decided to change the situation to make it easier for the parents.

In terms of generous parental leave, Switzerland demonstrates the long lag — current proposed two-week paternity leave is not enough for Swiss families.  The federal commission insists now on a longer period of parental leave would be good for the economy and family health. Traditionally, Alpine nation has a statutory 14-week maternity leave, but nothing for fathers.

Swiss COFF has supported the current debate on whether a statutory two-week paternity leave should be introduced for fathers. The planned parenthood and healthy family are one of the top priorities in Switzerland, indeed. As a minimum set four-week paternity leave, in the foreseeable future, it could be even eight-week-long, said COOF experts.

COFF’s president, Anja Wyden Guelpa, notes that in more than 50 per cent of OECD countries parents receive a combined average of 43 weeks of paternity leave.

COFF had already in August 2018 proposed extending the period of parental leave for parents to 38 weeks.

«The analysis of the studies reviewed reinforced the Commission’s conviction that Switzerland and its citizens could draw advantages from introducing legal parental leave,» states the document.

The Swiss government last summer recommended that parliament reject the proposal, arguing it would place too great a burden on the economy and present companies with organizational challenges.