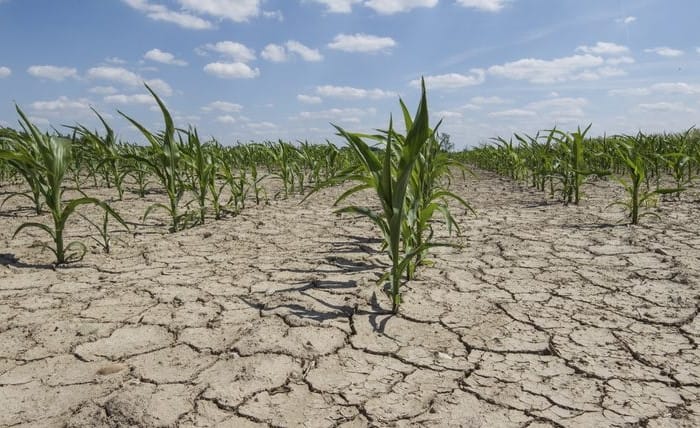 Switzerland Federal Office for the Environment said June was the driest June for over a century, and the current driest summer for more than a decade threatening water supplies.

The Federal Office for Meteorology and Climatology’s monthly report noted that the high temperatures, low rainfall and an unpredictably dry summer have caused Eastern Switzerland’s authorities to restrict water usage and raise wildfire alerts. The meteorologists registered persistent thunderstorms in the first half of the month, but their precipitation in some regions remained well below average. The cantons of Zurich, Zug and Aargau remain the worst affected by the drought.

The severely diminished groundwater level was caused by the lack of rainfall. According to the Federal Office for the Environment, natural aquifers and groundwater supplies have been steadily decreasing over the last three months – with dry earth reaching up to one metre into the ground.

Fish in the Thun river have had to be relocated to the southern stretch of the watercourse due to low water levels. Such measures have become a common precaution in recent summers, Dominik Bonderer, head of communications at the Office for Waste, Water, Energy and Air in the canton of Zurich.

Drought and forest fires are linked too tight

Thunderstorms and heavy rainfall are forecast in parts of western Switzerland this weekend, although such downpours are not expected to make much of a difference to groundwater levels.

The dry summer has also seen wildfire warnings raised. The fire department were deployed to extinguish 20 alone in the last week, reports SRF. Three cantons – Valais, Ticino and Graubunden – have introduced a ban on lighting any kind of outdoor fires.

“The danger of forest fires is marked as high,” states a warning from Switzerland’s Federal Office for the Environment.

Meanwhile, areas in the canton of Thurgau have placed a ban on farmers pumping water, as has the canton of Aargau. Lake Constance and the Rhine are excluded from the ban. With little relief to the drought in sight, further bans on extracting water are expected to come into place in the coming days, with citizens cautioned to reduce water usage in many areas.