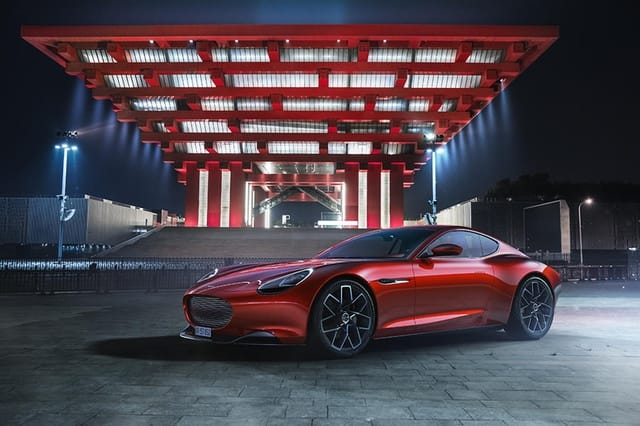 The electric cars made in Switzerland should be presented at the Geneva International Motor Show, believes Anton Piëch and Rea Stark Rajcic whoa re the creators of the first electric prototype Piëch Mark Zero sporty two-seater, Swissinfo reported.

The Swiss company made the headlines this week: its sporty two-seater has made it onto the front page of the Geneva Motor Show’s official magazine. Behind the headline “Swiss made”, the two owners are standing either side of the car. Anton Piëch who is the son of Ferdinand Piëch, ex-chairman of the board at Volkswagen, and great-grandson of Ferdinand Porsche, knows very well what kind of a car the world needs. The young engineer preferred to focus on sustainable mobility, not a classic fuel.

Anton Piëch and Rea Stark Rajcic have founded in 2016 their company Piëch Automotive, which has offices in Zurich and Munich. Over three years, the engineers were working on the electric car project. Piëch Automotive works with well-known external partners and a total of around 200 people are involved in the Piëch Mark Zero project.

The Swiss company has now presented its first model, an electric sports car, at the Geneva International Motor Show, which runs from March 7-17 in the Palexpo hall near Geneva airport. The prototype weighs less than 1,800 kilos and can travel 500 kilometres on one charged battery, said Anton.

The concept behind the Swiss sports car is not confined to electrically driven vehicle. The two carmakers have high hopes that the car will offer a platform for all sorts of vehicles: hybrids, fuel cell as well as petrol. Geneva Motor Show’s magazine says the platform will be offered to external developers and car manufacturers down the line.