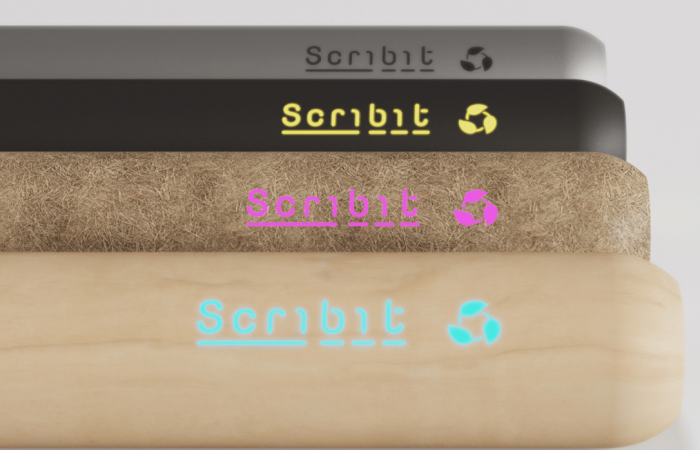 The first-ever fully compostable marker was presented by the Italian design and innovation firm Carlo Ratti Associati (CRA). The researchers have realized the idea of a pen made from 100 per cent eco-friendly and compostable components, Springwise reports.

A new marker pen could reduce the use of plastic in the global pen industry. In fact, plastic marker pens’ life is short but they are rather a large source of waste. In average, 35 billion pens end up in landfills annually.

To avoid further escalation of the waste problem, the Italian firm CRA launched Scribit, a drawing robot that uses markers to write on any vertical surface. Disturbed by the amount of plastic in the markers the robot used, the team decided to create an environment-friendly solution.

The new Scribit pen made of compostable components only. The barrel is made from wood, bioplastic or anodised aluminium, while the ink cartridge and nib are crafted from natural fibres and are replaceable, to extend the life of the pen body. The ink is water-based and non-toxic enough to be certified as edible, as well as being washable and high-performance.

While Scribit itself uses plastic, it is designed to last for a very long time over repeated usage, said Carlo Ratti from the MIT Senseable City Lab, who led the Scribit Pen design team.

For engineers, the motivation behind the push for a sustainable pen is simple.

“We are proud of Scribit’s success, and how it has empowered thousands of people around the world to change the way they draw. However, we were troubled by the amount of plastic produced by the markers that the robot uses. By developing the new Scribit pen, we can turn one of humankind’s primordial acts – drawing – into a fully sustainable one,” Ratti says.

There are many ideas that offer consumers further plastic-free options with everything from eyewear made from castor beans to plastic-free liquid cleaners. CRA pens are among them.

The Italian firm sends out 24 markers with each of its wildly-popular robots, which is a lot of waste. In the perspective, biodegradable marker pens could also be found in every classroom and home.