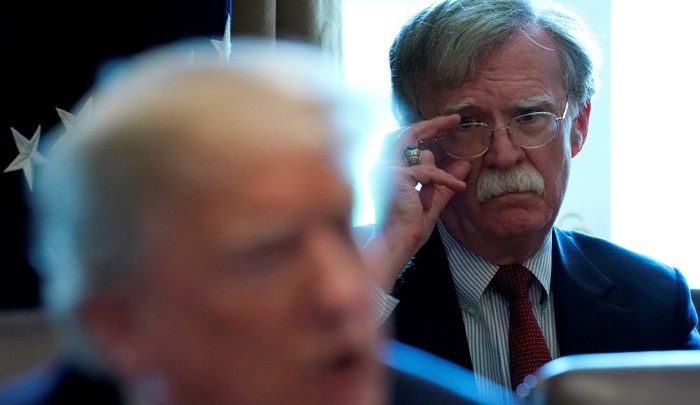 President Trump said he «informed John Bolton last night that his services are no longer needed at the White House», Voice of America reports on Wednesday.

Another National Security advisor left the White House. Since Wednesday, John Bolton is no longer serves President. According to the experts, the main reason for the firing is Bolton’s irrelevance in Office and his telling the boss no.

“I disagreed strongly with many of his suggestions, as did others in the Administration …” Donald Trump wrote on Twitter.

However, with Bolton gone, Trump loses a rare dissenting voice within his inner circle. National Security advisor’s unceremonious exit was unprecedently rude. Rather than stick to tradition when dumped and keep quiet, Bolton tweeted that Trump’s version of events was wrong and that he had in fact “offered to resign” last night, but that Trump had told him: “Let’s talk about it tomorrow.”

Bolton is an old-fashioned hawk when it comes to the Iranian nuclear threat. Defanging the Middle East adversary comes down to steady pressure and, ultimately, regime change, Bolton believes. For all his bellicose rhetoric, Trump remains wary of military action. He worried that Bolton would draw him into unnecessary wars, while Bolton seemed dubious about Trump’s quixotic push to reach a diplomatic breakthrough with the North Korean dictator Kim Jong Un.

President Trump tapped Mr Bolton for the job in March 2018 as a replacement for H. R. McMaster, who had developed little personal chemistry with Trump.

But he warmed to Bolton and ultimately offered him the job in an abrupt sequence of events that even Bolton found head-spinning. At first, it seemed like Trump and Bolton were aligned.

The abrupt announcement by Trump that he was cancelling a meeting he had secretly planned with Taliban leaders at Camp David may have strained relations beyond repair. Trump, in preparing to hold such a meeting, reportedly did so against the advice of Bolton.

On Wednesday, a White House spokesman, Hogan Gidley said that Bolton’s “priorities and policies just don’t line up with the president”.