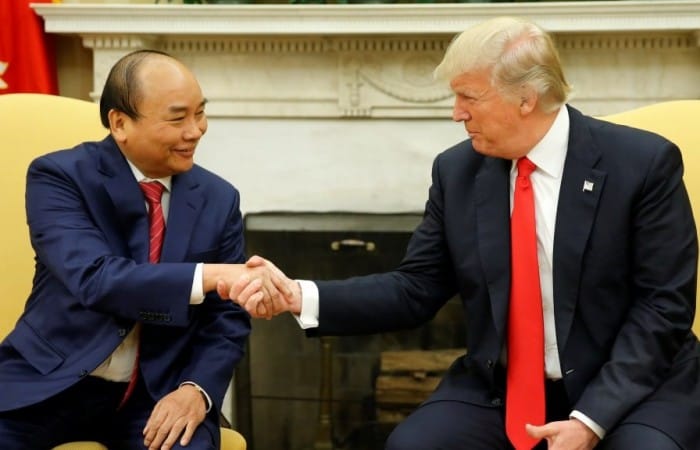 President Trump upon arrival to Vietnam said that the United States will no longer tolerate ‘chronic trade abuses’. The tough speech at the Asia-Pacific Economic Cooperation summit included the demands of trade “on a fair and equal basis”.

Donald Trump is on his the longest overseas tour, during the 12-day in Asian, President and the first lady scheduled to visit five countries. In Vietnam, Trump reverted to the more direct language he used in South Korea earlier when he spoke of the increasing threat to all nations from Pyongyang’s military build-up.

On Friday, the US president was speaking at the Asia-Pacific Economic Cooperation summit where he demanded trade “on a fair and equal basis”. The businessmen noted that Trump has returned to his 2016 campaign rhetoric when he promised to place the US first in global deals.

“I am always going to put America first, the same way that I expect all of you in this room to put your countries first,”

He also struck a defiant tone towards Pyongyang, saying the future of such prosperous region can be held hostage to a dictator’s twisted fantasies of violent conquest and nuclear blackmail, hinting at the North Korean leader.