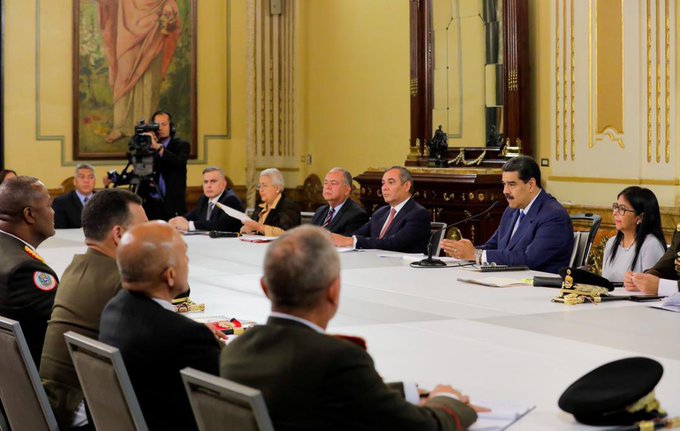 Marking the OPEC’s 59th anniversary, Venezuelan President hailed the high professionalism of the oil organization’s management. In fact, Venezuela was one of the organization’s five founders in 1960.

In the 1990s, then-President Hugo Chavez assumed the Venezuelan government rescued the leading role of OPEC and proposed policies to establish fair prices, highlighting the importance of its geopolitical influence as a strategic block.

‘From Venezuela we join forces for building up new energy geopolitics in favor of the economic development of nations,’ Nicolas Maduro tweeted on Saturday.

The 16th meeting of the Joint Monitoring Ministerial Committee (JMMC) and the OPEC Declaration on Voluntary Adjustment of Petroleum Production, held last Thursday in Abu Dhabi, United Arab Emirates, assessed the fulfilment of the commitments of the Adjustment Declaration signed in 2016.

According to the document, Venezuela will observe the agreements and commitments adopted at that time.

OPEC was founded in Baghdad, Iraq, in 1960. Since that moment, the powerful organization brings together the main oil-producing countries. Nowadays, OPEC consists of 14 members, including Venezuela, Iraq, Saudi Arabia, Iran and Kuwait, which are also founders.

In its September report, OPEC set forth that in 2019 the demand will be 1.02 million barrels per day, 80,000 less than expected the previous month.

According to prognosis, in 2020 it will grow to 1.08 million barrels per day, 60,000 less compared to the previous month’s estimate, especially due to changes in global economic forecasts.

The entity assured in its report that the global demand for crude oil for this year will be 99.84 million barrels per day and for next year it will be around 100.92 million.