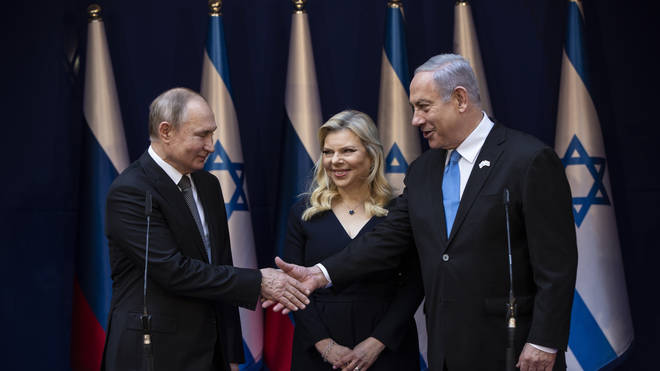 The Russian President Vladimir Putin joined his European counterparts and more than 40 dignitaries who have gathered for World Holocaust Forum. During his speech, Mr Putin stressed that 40% of Jews who were tortured and killed were from the Soviet Union.

French President Emmanuel Macron, the US Vice President Mike Pence and the leaders of Russia, Germany, Italy and Austria have marked one of the saddest for the whole day.

The current World Holocaust Forum has coincided with the 75th anniversary of the liberation of the Auschwitz death camp in Poland. In 1945, the Soviet troops have freed the survivors of Auschwitz-Birkenau, President Putin said and added that 40% of Jewish Holocaust victims were Soviet people. But the most bitter thing is of the six million Jews killed by the Nazis, historians say about one million were Soviet.

Vladimir Putin’s controversial figure appears to include an additional 1.5 million Jewish victims from eastern European areas occupied by the Soviets under their pact with the Nazis.

“When it comes to the tragedy of the Holocaust, 40% of tortured and killed Jews were Soviet Union Jews,» Vladimir Putin said.