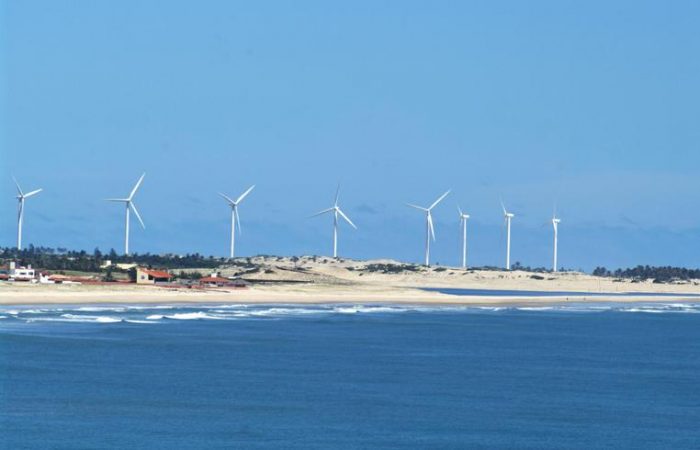 The recent Electric Power Chamber of Commerce (CCEE) survey showed that in period from 2015 till now Brazil got the cheapest source of clean energy, wind energy. Despite this, the poverty remains the main problem in the Latin American country, Reve reports.

In Brazil, one of the poorest Latin American nations, wind energy becomes the cheapest source of energy. According to the survey, for the last five years, the final cost of wind turbines in wind farms is the lowest.

The cheapest renewable generation in Brazil is wind energy, CCEE reports. According to its analysis, the wind farms had the lowest costs due to lower prices in regulated auctions. In fact, the prices even when the additional values of the source are included, such as the cost of dispatching the thermal power plants and the control of secondary frequency.

In their the calculation of the average, the CCEE considered the average costs of auctions, dispatch of thermoelectric plants, secondary frequency control, energy surplus/deficit in the ERM, displacement of hydroelectric generation, and renegotiation of hydrological risk.

The second cheapest source, according to the survey, was thermal biomass, with a cost characterized exclusively by the contracting of auctions, whose average price was R$ 253.5/MWh, and in 2019 the cost was R$ 246.2/MWh.

Third cheapest source of clean energy is the Small Hydroelectric Power Plants (SHPP). Even with lower values practiced in auctions, they ended up with a higher final cost between 2015 and 2019 due to the water deficit of the period. 2017 was the worst year for SHPs, with R$ 338.8/MWh, due to the 39.5% increase in the cost caused by the renegotiation of the hydrological risk and 21% due to the energy deficit in the Reassignment Market in Energy (MRE).