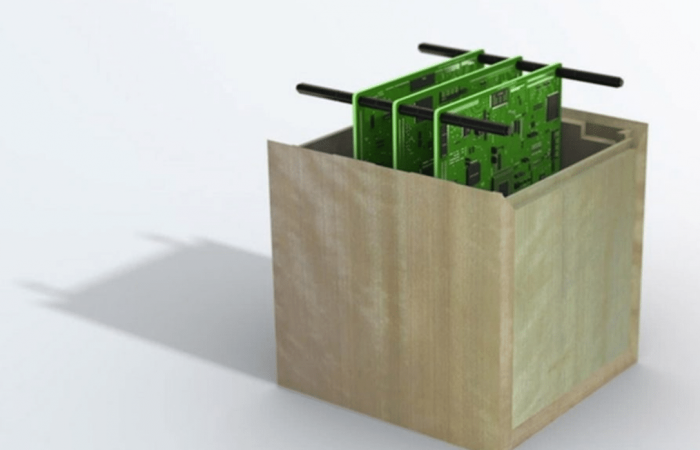 Wood is a preferable material for making the satellites, said the recent research. Engineers from Kyoto University have presented the satellite made of wood, saying that biodegradable fibre leaves less mess in space, Springwise has learned.

The wooden satellite that burns up on re-entry voids the possibility of creating more space debris, said Kyoto professor Takao Doi who leads a team building the wooden LignoSat satellite.

According to NASA, the issue of space trash becomes a real problem. Nowadays, after 60 years of human space activity, the Earth’s orbit is a crowded place. There are at least 34,000 large pieces of debris and around 2550 defunct satellites currently circling the globe.

Thus, developing a wooden satellite that will completely burn up at the end of its life, decreases the risk to astronauts and satellites from chaotically moving space debris.

Professor Doi hopes to launch the wooden LignoSat satellite in 2023. The apparat would have a wooden shell, which would burn up on re-entry. As simple as genial. The wood processing firm Sumitomo Forestry helps the scientists to resolve the problem.

In fact, wood has a much lower carbon footprint than concrete and steel, and can also actually capture CO2 from the atmosphere as it grows.