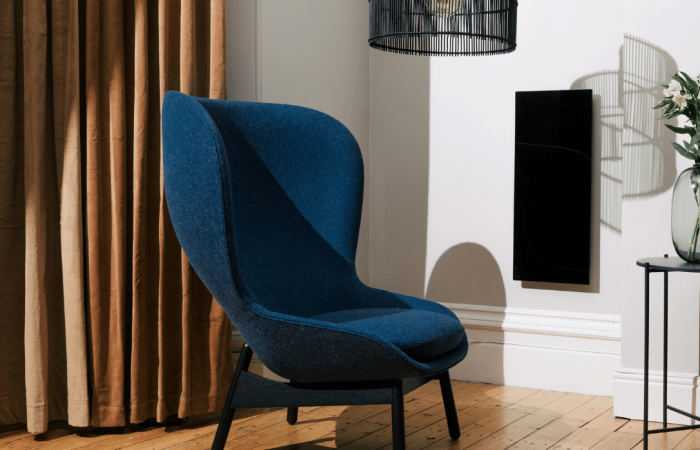 The Swiss engineers presented the new way of how the modern home heating systems could work. In this field, there were no radical changes over the last decades – they use a boiler to heat radiators, or force warm air through vents.

Normally, people rely on the principle of convection, which is the transfer of heat from one place to another by the movement of a fluid, which for this purpose includes air. However, these systems are energy-inefficient and expensive. Now, the Solus+, by Swiss-based start-up Koleda, has developed a new type of radiator, which uses infrared or thermal radiation to heat much more efficiently.

The Swiss heater delivers heat via infrared radiation, whereby heat is transferred directly to the objects in the room. This uses around 30 per cent less energy than traditional convection heating systems, the engineers proved.

In addition, the heater can be installed by simply plugging it in, and is designed as a smooth, flat panel that fits almost everywhere in the home, requires no ongoing maintenance and will not burn out.

To make the heater flexible in the settings, the Solus+ can also connect to a companion app, which allows users to monitor and adjust the heat of each unit individually. It also lets users turn units on while on their way home, for a warm house the minute they walk in the door, and prevents them from accidentally leaving the heat on while away.

In fact, it the rightest time for a new way to heat homes. All and every city authorities are eager to decrease the CO2 footprint while the globe moves towards renewable energy sources. Nowadays, to make the electricity grid becomes cheaper and cleaner, it is time to develop an innovative solution for environmentally conscious homeowners such as Koleda’s heater.

As Maxim Interbrick, Koleda CEO, stressed, thermal radiation heats objects directly, rather than warming the air around them, making it more energy-efficient than convection heating.

The Swiss-based firm claims the Solus+ will not lose this efficiency over time and is both faster and easier to use than traditional heating systems.

All of this translates into a cheaper heating system, and because the Solus+ is electric, it may also be well-suited to places that offer alternative forms of electrical energy generation, where it can provide even greater energy savings.