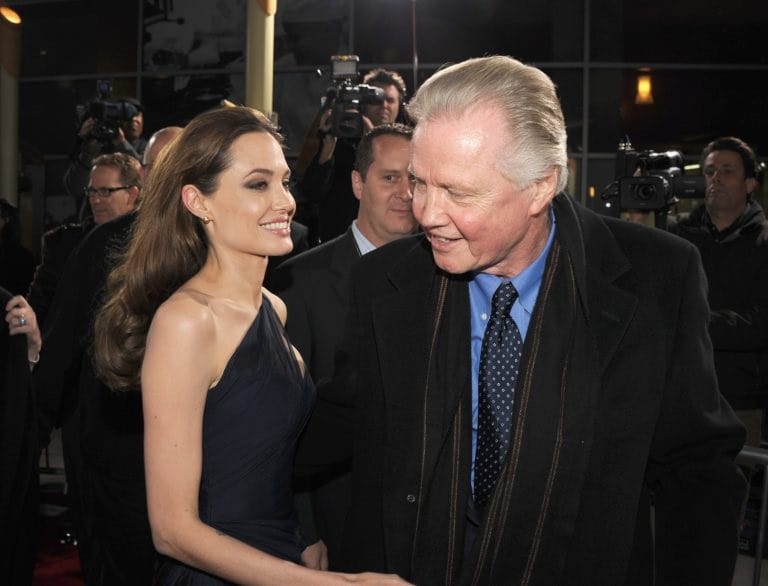 Angelina Jolie’s life is full of different events, especially after estranging from Brad Pitt. Prior to it, the actress was never close to her father, Jon Voight, but Brad was. Actually, Pitt was an initiator of Voight-Jolie reuniting in the early 2000s, and now, Angie decided to cut Jon from Brad, allowing Voight to see her big family and to be a part of lives of six grandchildren.

Angelina’s once-estranged dad Jon Voight is to prevent him from supporting Brad Pitt amid their divorce. Jolie and Voight have quite a complicated relationship and once went several years without speaking, but the two are currently on good terms.

An unexpected warming in the relations between Jolie and Voight is rather logical, Angie is trying to have in her big family a father figure, and mature Jon Voight is perfect for that. But many people see a hidden motive in Angelina’s making up with her father, they believe she just outsmarted Brad by making peace with Jon Voight.

Brangelina divorce is getting uglier

While Angelina is making peace with dad, the divorce case is going on in a private mode, with no public details. Nevertheless, the insiders insist that ‘divorce is getting uglier’, a custody battle will soon probably get nastier. So, loving and carrying grandfather Jon Voight will be a real support to Angelina Jolie. In other words, she’s got Jon to vouch for her.

Recently, Jolie and Voight are solidifying the reconciliation, which started in 2000s thanks to Brad Pitt. By 2011, Jon and Angie were fairly cordial and the ‘Midnight Cowboy’ star even accompanied his daughter to the red carpet premiere of her directorial debut, In The Land Of Blood And Honey. In the years that followed, Voight started spending even more time with his daughter and six grandkids.

Jolie began repairing her relationship with her father long before she and Pitt separated, so the magazine’s flimsy premise doesn’t make much sense.