Arnold Schwarzenegger, Linda Hamilton are returning for the new Terminator 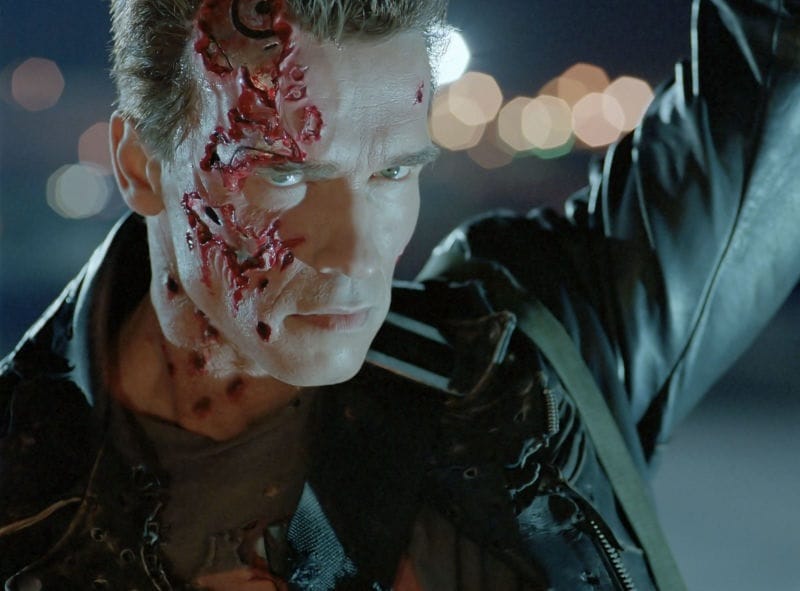 Arnold Schwarzenegger and Linda Hamilton are on the board of the sixth Terminator. Both veteran actors are returning for the next chapter of action with James Cameron as its producer. They’ll be back.

The Hollywood A-lister Arnold Schawarzenegger and his co-star from the second part of Terminator will appear in the sixth one too. Linda Hamilton decided to take part in this fantastic drama afterall.

New Terminator’s producer James Cameron is glad to collaborate with  Tim Miller as a director for the sixth part of legendary franchise. Cameron helped craft the story with Miller and a writers room that included David Goyer (The Dark Knight), Charles Eglee (Dark Angel), and Josh Friedman (The Sarah Connor Chronicles).

Actually, the story will use characters of Arnold and Linda as a vehicle to pass the torch to a new generation – they will definitely be back! As Cameron said,

“We still fold time. We will have characters from the future and the present. There will be mostly new characters but we’ll have Arnold and Linda’s characters to anchor it.”

So far, no details are known, the sixth Terminator is being crafted as part of a trilogy “that can stand as single movies or form an overarching story,” according to the producer Cameron. The only thing is clear – the sixth part will be a sequel to the second part, with no attention to the three sequels #3,4,5. Sounds intriguing.