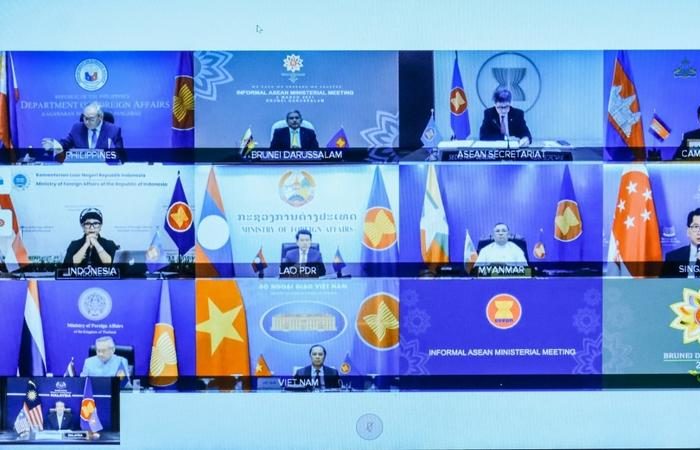 The Association of Southeast Asian Nations (ASEAN) summit this year is continuing in online mode but states members expressing concerns regarding Myanmar. Indonesia’s President on Friday asked the counterparts to hold a summit on the crisis, Vietnam Plus reported.

Since the moment of the coup, more than 200 people have been killed by security forces in Myanmar. Nearly 2,000 have been jailed, the official statistics showed.

Urging to stop violence and victims, Joko Widodo said: “Indonesia urges that the use of violence in Myanmar be stopped immediately to avoid more victims.”

In his televised address, President Widodo offered his condolences to the victims and their families. Being the leader of Southeast Asia’s largest economy, Widodo stressed that he will immediately contact the sultan of Brunei. At the moment, the Middle Eastern monarch holds the rotating presidency of the 10-member ASEAN, so, he is able to set up an ASEAN summit to address Myanmar’s turmoil.

Brunei issued its own chairman’s statement after the ministers apparently failed to agree on a declaration in the meeting where Myanmar’s top diplomat briefed them during a video conference.

According to its ministers, all parties in Myanmar should refrain from instigating further violence and start talks on a peaceful political solution.

The useful and constructive Widodo’s comments came after ASEAN foreign ministers held their first meeting early this month since the coup, which deposed Myanmar leader Aung San Suu Kyi and her allies.