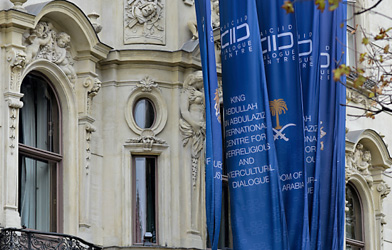 International Centre for Interreligious and Intercultural Dialogue (KAICIID) in Vienna will be closed down following repeated criticism of Saudi Arabia’s human rights record. As CNN International reported, the foreign ministry said on Wednesday it would implement a vote by MPs on the topic of closing a controversial non-profit centre.

The interreligious facility has been a periodic source of controversy since opening in 2012. Since its start, KAICIID was funded by Saudis, however, the latest news on severe human rights violations made Austrian authorities to take some steps to close the facility.

Despite KAICIID’s pompous opening by UN chief Ban Ki-moon and senior figures from the world’s main religions, the facility remains a controversial facility, Austrian authorities said. In 2012, the centre was established by Austria, Spain and Saudi Arabia, and five religions are represented at KAICIID’s Vienna headquarters so far.

The latest example of the violation of the human rights came from Saudi Arabia where an 18-year-old Murtaja Qureiris was sentenced to death for alleged crimes committed when he was a child.

Austria’s foreign ministry made the decision to close the interreligous centre in a way that «will not cause damage to Austria’s foreign policy interests and which is in line with international practice». On Wednesday, parliament will vote this decision.

KAICIID in Vienna: no chances under current Cabinet

Until recently the interreligious centre had always enjoyed a degree of political protection from the centre-right People’s Party (ÖVP) and its leader Sebastian Kurz. However, the unexpected and fast collapse of his Cabinet made KAICIID’s perspective moody.

Last month, Chancellor Kurz’s leaving the post made clear that other political parties were able to join forces to vote for Wednesday’s motion on KAICIID.

KAICIID has commented on the recent Austria’s move, expressing its concern:

«KAICIID is not an embassy, or NGO, or in any way the policy arm of any state, including Saudi Arabia. It is not a sinister extension of any state’s influence or strategies,» the statement reads.