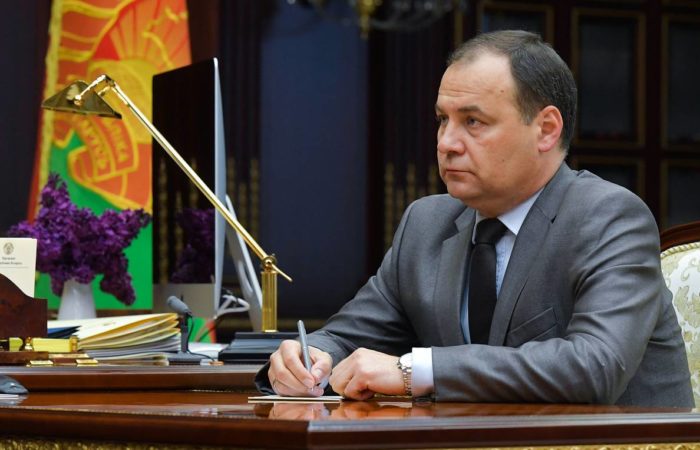 Golovchenko believes that they are trying to crush the country economically and break the established trade ties.
“Like the fascists shot at ambulances, today hypocritical Western human rights advocates are purposefully depriving Belarusians of access to life-saving medicines. This is a modern grin of genocide,” the prime minister said. He also called Belarus a peace-loving state. “Our country is peaceful, open for friendship and mutually beneficial cooperation. We are doing everything to ensure that our borders are the borders of peace and security,” he said.

Earlier, the Grodno Regional Court of Belarus sentenced the Russian woman Sofia Sapieha, who was detained in Minsk, to six years in prison. Immediately after the verdict was passed, the girl was taken into custody. It is reported that she will serve her sentence in a penal colony. Sapieha was detained on May 23, 2021, along with the former editor-in-chief of the opposition NEXTA Telegram channel Roman Protasevich, after an emergency landing of a Ryanair aircraft in Minsk.