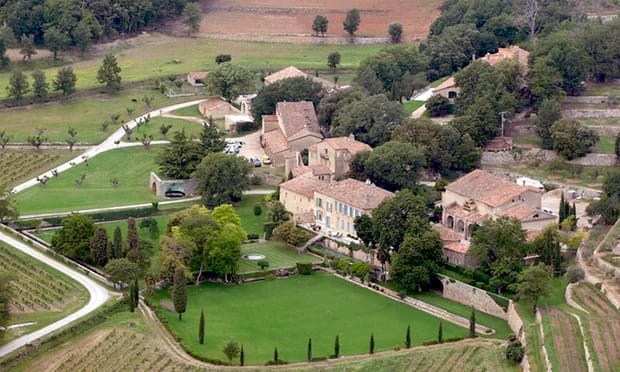 Brad Pitt and Angelina Jolie are owners of the luxury Provence mansion in France, the celebrities bought that chateau and even started the designer works inside it. Now, the local French interior designer is suing both actors for failing to credit her for work on their chateau in Provence.

Odile Soudant is the French designer who was happy to make some design work for Brad Pitt and Angelina Jolie in their Provence mansion. But divorce of the stars has ricochetted on many people, including Ms Soudant who claims Brangelina drove her company towards financial ruin by failing to honour bills for a multimillion-euro project to illuminate the 17th-century property.

Brad and Angie tied together via their joint companies, one of them is Château Miraval – named after the vast estate. In April, the Paris court of appeal ordered this company to pay Odile Soudant €565,000, including €60,000 for damaging designer’s reputation.

French designer could resolve the issue with Brad Pitt amicably

Soudant said that she preferred to remain this case confidential until now and had believed she could resolve the issue with Brad Pitt amicably, Libération reported. For both Pitt and Jolie Château Miraval was a special place, they first rented it, then persuaded the then-American owner to sell it to them for €45m.

In 2010, designer work inside the old chateau should make it more comfortable for a living but the divorce initiative of Angelina Jolie smashed these plans and even hit Soudant reputation.

“He wanted to make it an exceptional place and believed that light should be at the heart of this,”

Ms Soudant told Libération. On the preliminary phase of the ‘BP Project’, Odile Soudant has employed 17 people. The architects, designers, lighting and acoustic specialists were involved in the work, and an optical engineer to calculate the angle of the sun’s rays on the 17th-century Provence property.

Two years and a reported €25m later, the project was still unfinished with various contractors and sub-contractors passing the blame. That was a reason for Soudant to sue Brad and Angelina whose divorce ruined plans of many people, not only one Odile Soudant.