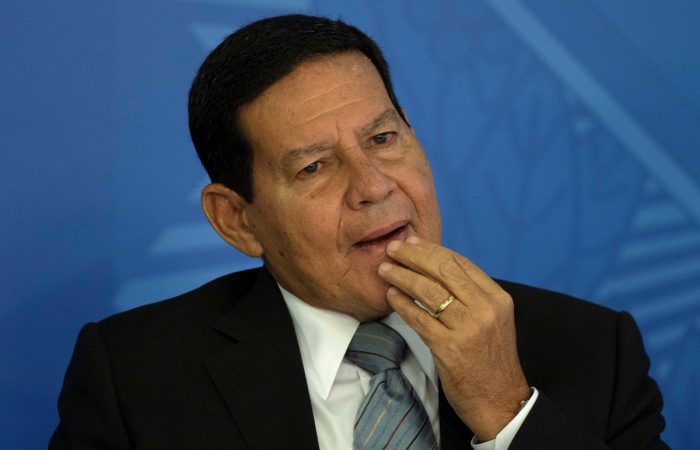 Brazil’s Vice President Hamilton Mourao said that the year 2019 was very productive for bilateral ties between Brazil and China. Amid coronacrisis, the two countries continue to expand the benefits of their economic complementarity, Xinhua says.

Brazil’s Hamilton Mourao is calling for more investment and cooperation in strategic sectors between China and Brazil. Over the decade, China has been the largest trading partner for the Latin American country. In addition, China remains an important source of investment for Brazil, especially in the energy and infrastructure sectors. “Brazil, in turn, is a stable and reliable supplier of safe food for China,” Brazilian VP added in a recent interview with Xinhua.

Last year saw the two presidents visiting each other’s nation, and the successful holding of the fifth meeting of the China-Brazil High-Level Commission for Coordination and Cooperation (COSBAN) at the vice-president level, according to the top official.

“We firmly believe that the COSBAN is a model of bilateral cooperation between two large developing countries such as Brazil and China,” he confirmed.

The only thing which has changed the schedule of bilateral meetings is COVID and the nationwide lockdowns. Despite that, the diplomatic dialogue continued via video conferences, Mourao said.

When he was asked about a current pandemic, Brazil VP noted “it is even more important to strengthen the ties of dialogue, cooperation and solidarity between our nations.”

According to VP Mourao, the Chinese side cooperates with Brazil on various fronts to combat the health crisis, either by supplying materials, equipment or in the development of a vaccine.

Brazil’s vice president said he is hopeful about Brazil’s accession to the Asian Infrastructure Investment Bank and the opening of the BRICS New Development Bank office in Sao Paulo.

Mourao also noted that the bidding for the construction of Brazil’s 5G network will be based on technical criteria, not politics. The respective tender scheduled for the first half of 2021. “I am making it very clear that our decisions in this matter, and any other, will be sovereign and responsible,” he said.

One of the firms participating in the bidding is China’s Huawei, which Mourao has acknowledged as “a major supplier of equipment” and with “a wide presence in the Brazilian market.”

The Brazilian official also stressed that Brazil and China “exercise increasing influence in discussions and forums, such as the G20 and BRICS.”

“Brazil and China can work side by side, shoulder to shoulder, to bring the global community closer together and to understand that tackling the pandemic will be more effective if we are all united and spreading the positive results we are achieving,” Mourao said.