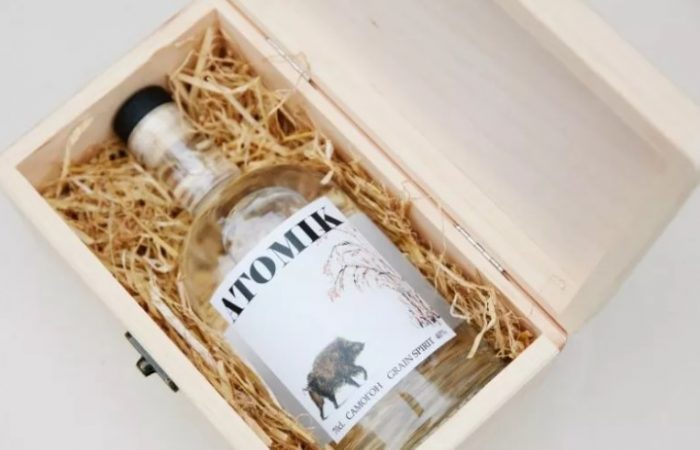 The Ukrainian police reported on the confiscation of 1,500 bottles of  ‘ATOMIK’ vodka. The alcohol reportedly made from apples grown in the vicinities of the Chernobyl nuclear power plant.

The first bottle of spirits was confiscated on March 19 and seized following a Ukrainian security services investigation. According to the Chernobyl Spirit Company producing the controversial alcohol, it is the first consumer product to have come out of the forbidden zone in Ukraine since the nuclear catastrophe occurred in Ukraine in 1986.

The bottles were made from apples from the Narodychi District, one of the still inhabited areas most affected by the nuclear accident 35 years ago. As the company believes, the reasons for confiscation remain unclear to it.

«We hope this issue can be resolved so that we can continue our work trying to help people affected by the devastating social and economic impacts Chernobyl had on communities,» Dr Gennady Laptev, one of the company’s co-owners and officer who worked at the site in the first weeks after the accident, said.

Officers took the shipment from a truck at a distillery in the Carpathians to the Kyiv Prosecutor’s office, said Elina Smirnova, the lawyer representing the company in the Ukrainian court. She strongly believes that the Kyiv prosecutors have violated Ukrainian law. «They have targeted a foreign company which has tried to establish an ethical ‘white’ business to first of all help Ukraine,» she added.

The Chernobyl Exclusion Zone and the Zone of Obligatory Resettlement are areas stretching more than 2600 square kilometres around the nuclear reactor near the city of Pripyat which are still under restricted access and legislation.