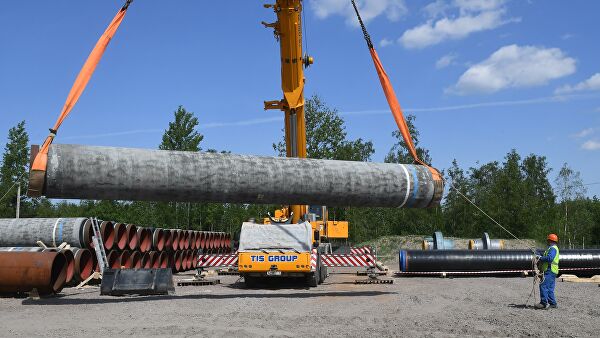 Denmark announced its decision regarding the North Stream 2, Voice of America reported. On Wednesday, the country has granted its permission for a joint German-Russian underwater gas pipeline to be laid through its territorial waters.

Denmark allowed the Russian gas monopoly Gazprom to start the final stage of the North Stream 2 undersea gas pipeline in Danish territory. For both Russia and Germany, the Danish decision to approve the strategical pipeline’s route is a victory. Over two years, Denmark was weighing all pros and contras of the project while Russia, Finland, Sweden and Germany earlier have issued permits.

Denmark’s move was criticized by the White House and several European countries, who argue that it could increase Europe’s dependence on Russia as a supplier of energy. With the North Stream 2 launched, Russia will be able to transport natural gas about 1,200 km through the Baltic Sea from Russia to Europe.

The Danish government agency said it had granted a permit to Switzerland-based Nord Stream 2 “to construct a section of the Nord Stream 2 natural gas pipelines on the Danish continental shelf southeast of Bornholm in the Baltic Sea.”

The US, which intends to sell its liquefied natural gas to Europe, has threatened sanctions against companies involved in the undersea pipeline.

While the pipeline is wholly owned by Russian gas giant Gazprom, half of the project’s 8 billion euro cost is covered by five European energy and chemicals companies including Shell, BASF and ENGIE.

The last obstacle removed: North Stream 2 will be launched in 2019

despite Germany is Europe’s biggest importer of natural gas, the country already relies heavily on Russian gas. So far, Chancellor Angela Merkel has deftly kept the pipeline off the table while imposing sanctions against Russia for its actions in Ukraine.

Seibert noted that Merkel discussed the issue with Russian President Vladimir Putin two days ago, and said Germany continues to support three-way talks between Russia, Ukraine and the European Commission on gas transit.

The Nord Stream 2 pipeline starts in Russia and passes through Finnish, Swedish, Danish and German marine areas before going ashore at the German coast. It can transport 55 billion cubic meters of natural gas per year.