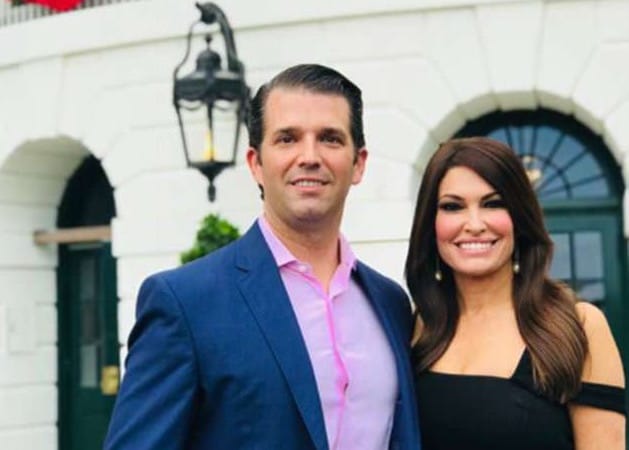 Donald Trump Jr. wished all the Americans a happy Independence Day and presented his new girlfriend to the family. Don Jr has taken Kimberly Guilfoyle to her first official White House event on the 4th of July, Mail reported.

Don Jr was one of the perspective bachelors of the planet not too long time, and after splitting from his first wife, Donald Trump’s son has met brunette Kimberly. They are an item since late March, around the time Don Jr. and wife Vanessa announced their split. Ms Guilfoyle and her boyfriend made a number of public appearances together, including at the Montana Republican Party’s convention month ago. Of course, the couple has been plastered pictures of themselves together all over social media.

July 4th has become a perfect time for presenting the new girlfriend to the Trump clan. On Wednesday, is the first time that Kimberly has been invited to join the Trumps at the White House. She was pictured next to a smiling Don Jr. who had his hand wrapped around her waist.

The lucky brunette received the seal of approval from the president with a hearty handshake, Donald Trump welcomed her in the Oval Office.

During the Fourth of July celebrations, Don Jr and Kimberly were meeting and honouring veterans and active duty service members. Later, proud Don Jr shared several photos from the White House with the caption: ‘A very Happy 4th of July to everyone! It was great meeting all the veterans and active duty service members visiting the White House! Today is America’s birthday, and we are making it GREAT again! #fourthofjuly #weekend #usa.’