Erdogan said Macron is in a state of ‘brain death’ 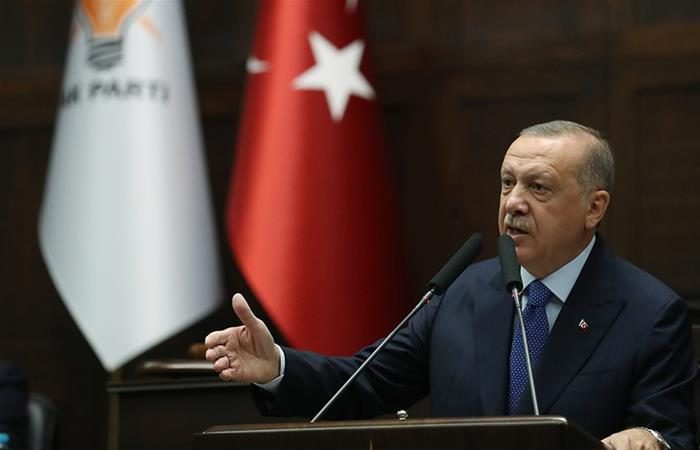 Erdogan and Macron have started the war of words, so, the French government summoned the Turkish ambassador to seek explanations over Erdogan’s remarks regarding Macron’s ‘brain death’.

On Friday, the Turkish leader has slammed Emmanuel Macron over his criticism of military campaign in northeast Syria. Echoing the most famous Macron’s expression on the ‘brain death’ of NATO, Mr Erdogan expressed his own view of the issue.

«I am talking to France’s President Emmanuel Macron, and I will also say this at NATO. First of all, have your own brain death checked. These statements are suitable only to people like you who are in a state of brain death,» Erdogan said in Friday televised speech.

Turkey did a lot for NATO this year

In fact, for NATO, the Turkish brilliant and effective military operation in northern Syria was some kind of shock. Despite lack of support from allies in October, Turkey defences the bloc.

«You know how to show off but you cannot even properly pay for NATO. You are a novice,» Erdogan said, addressing Macron.

Following Erdogan’s comments, the French foreign ministry said in a statement that Turkish Ambassador Ismail Hakki Musa was summoned on Friday to explain «unacceptable statements … that have no place in Turkish-French relations and cannot substitute for the necessary dialogue between the two countries.»

War of words is not news in diplomatic relations. However, that is rather strange behaviour, taking into account NATO’s upcoming meeting in London.

On Thursday, the 41-year-old Macron said it was unacceptable for Turkey to present its allies «with the fait accompli of a military operation that endangers the actions of the anti-ISIL coalition of which NATO is a member.»

The 65-year-old Turkish president immediately accused the French of being «very inexperienced». Erdogan added Macron doesn’t know what fighting against terror is. «That is why yellow vests invaded France,» he concluded.