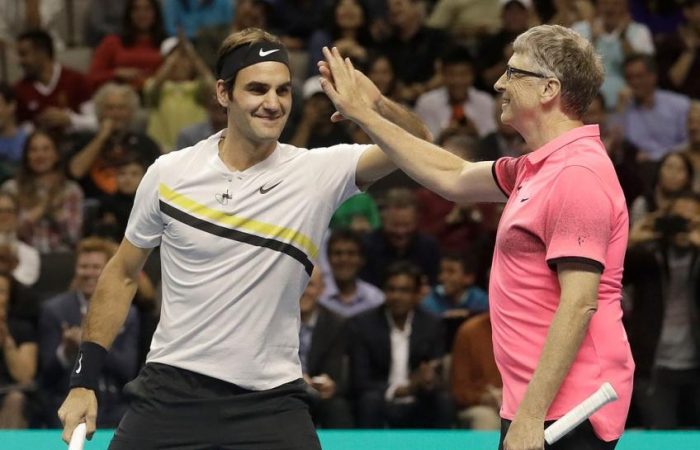 Two tennis legends, Roger Federer and Rafael Nadal, set a new attendance record for a tennis match on Friday. After the exhausting Australian Open Grand Slam, both athletes went to Africa for a charity match.

Federer and Nadal allowed African tennis fans to want an unprecedented natch. On Friday, more than 51,000 spectators turned up to watch the longtime rivals play a friendly exhibition in South Africa.

As the organizers said, the sellout crowd of 51,954 watches the rivals play an exhibition match in Cape Town to raise money for Federer’s charity. The match became the most anticipated Match in Africa, and the Swiss athlete didn’t disappoint the fans. Federer won 6-4, 3-6, 6-3.

«It was an absolute pleasure to share the court with Rafa (Nadal) again, but the first time here in beautiful Cape Town in South Africa. It means so much more and … it really is very, very special on so many levels,» Roger said after the match.

The South African tennis event set another record: Friday’s crowd became the biggest ever on record for a tennis match. South African match broke Roger’s previous record of 42,517 set in November when Federer played Germany’s Alexander Zverev in another exhibition in Mexico City.