Finland’s schools are getting rid of their walls: open-plan environments 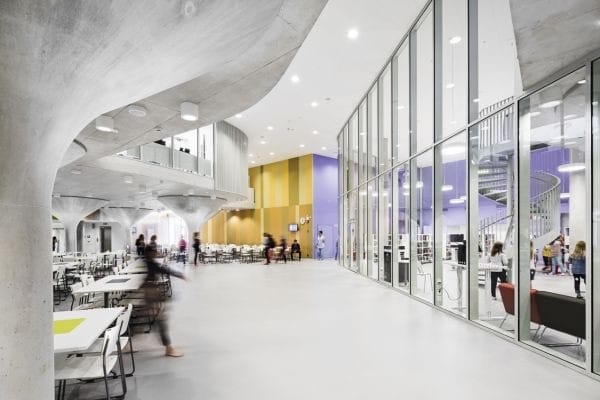 Finland’s educational system is very popular, the innovative methods and open-plan environments are the most discussable issues now. In 2018, Finland has decided to revolutionise its public education system again.

Pedagogy of the world knows that Finland has the best schools, and the Finnish students have consistently performed among the world’s best in the OECD’s Programme for International Student Assessment (PISA) rankings in recent years.

Now, the Scandinavian country is busy with the major overhaul of its schools’ physical environments, with some 57 out of 4800 public schools nationwide being chosen for refurbishment and new construction in late 2017. Open-plan environments, without walls to separate classrooms, are being prioritised. Around 100 schools have been built in the open plan model in recent years.

For the new wall-less schools, acoustic designers are being employed to work on the layout of each new or refurbished building.

“We are using more acoustic materials on the ceilings, while textile flooring has become more popular—the materials are much better than they used to be, and now far easier to clean,”

Finland has already had what they call ‘shoe-less schools,’ where pupils either change into softer shoes or simply wear socks when they come indoors.” Now, the next step is to reform the curriculum. Students of different ages will be given opportunities to learn together, and teachers will be granted greater autonomy over what they teach. Finland already has no standardised testing.

Despite the criticism, Finland has a large influence across the globe. Last September, Vietnam announced its new national curriculum would take strong influence from the Finnish system. As Finland’s Education minister Sanni Grahn-Laasonen noted:

“We want to see our children to take more active roles in learning. We want every child to succeed in their studies. Different students learn in different ways.”