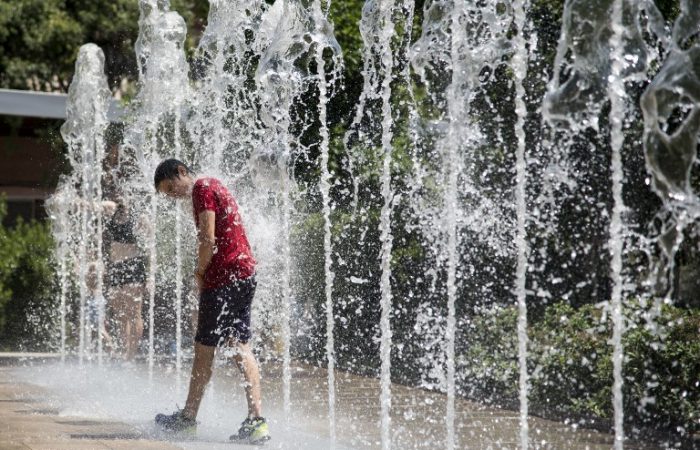 The heat is expected to rise further in many European countries over the next three days. As BBC reported, the meteorologists in Germany, Poland and the Czech Republic have registered series of the new temperature records for June. The heatwave is still mercilessly due to global warming, say the experts.

The scorching heatwave escalates in large parts of western and central European countries. in France, Thursday became the hottest day, which sets a new temperature record, 41C. The local meteorological agency confirmed that June 2019 is much harder than a heatwave in 2003 when 15,000 extra deaths were registered. This week, an orange alert, the second-highest warning level, was announced in France.

Neighbouring Spain is warning the temperature 45C on Friday, so, Spanish officials are ready for possible «extreme» risk of forest fires in some areas on the northeastern part of the country.

The Spanish meteorologist Silvia Laplana described the heatwave as «hell». she added on her tweet that breaking temperature records is not normal.

The global warming and the anomal heatwave in June are linked much closer, say the experts. A climatology institute in Potsdam, Germany, says Europe’s five hottest summers since 1500 have all been in the 21st Century.

It is quite possible that heatwaves and temperature anomalies will happen more often in the next years because of climate change and global warming.