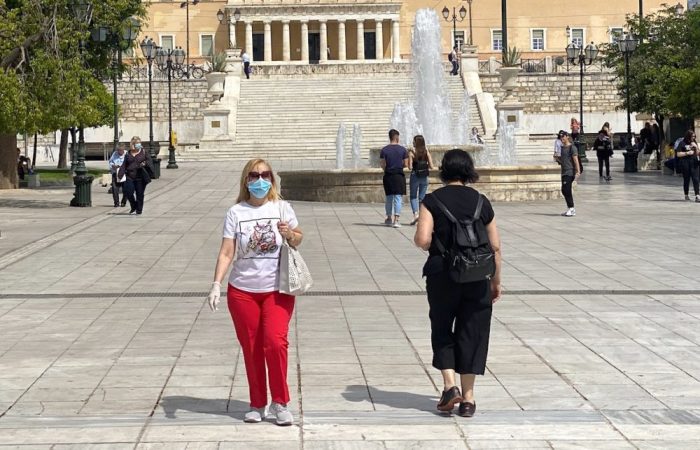 The Greek government said Thursday that all Christmas concerts and other season events have been cancelled across the country due to rising omicron cases.  The tightened rules include a general mask mandate for outdoors and all public areas, AFP reported.

The face mask became obligatory for all during the Christmas, said PM Mitsotakis on Thursday. The concerts and other events have been cancelled, while the incoming travellers will also be required to have follow-up tests for the coronavirus on the second and fourth days after their arrival to Greece.

The tightened rules take effect during a live-streamed presentation of the measures, which will remain in effect at least through January 3.

The restrictions will take effect Friday, Dec 24, as the country braces for the expected impact of the newest coronavirus’ strain, with the public health system almost overloaded and ICU space at more than 90% capacity.

“Due to the large amount of Christmas activity and crowded conditions that it creates, the mandatory use of masks is fully justified,” health minister Thanos Plevris confirmed.

Greece suffered a spike in pandemic-related deaths in November and December with the infection level easing in recent days. But the emergence of the omicron variant has renewed concern in the country where about a quarter of the adult population remains unvaccinated.

Based on vaccine appointment data, the top health official said the adult vaccination coverage would soon rise to 80%. Nearly 30% of Greece’s population has already received a booster shot.