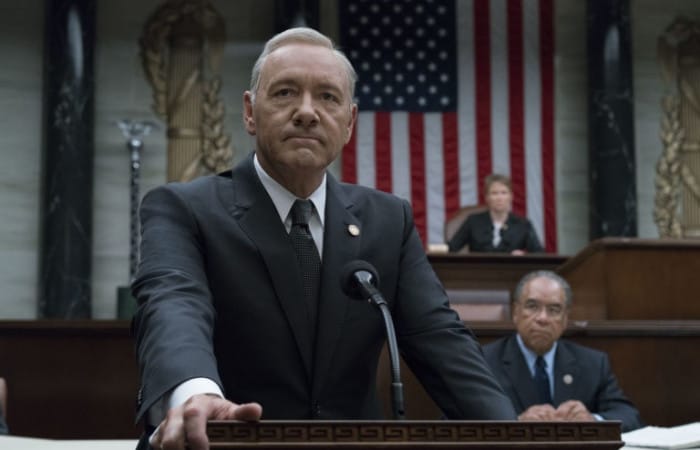 House of Cards, one of the biggest TV shows in the world, is alive. Despite the scandalous situation with Kevin Spacey, the political drama of all times lives with its own life.  The original Netflix drama’s sixth and final season has announced Mr Spacey replacements.

The world-famous TV show House of Cards’ filming is expected to resume next week after production was suspended in October. Last autumn made a lot of changes in the project, the most painful was removing the brilliant actor – Kevin Spacey – from the cast. According to the recent news from Netflix, Diane Lane and Greg Kinnear have stepped in at the eleventh hour to help drama get over the Spacey sexual harassment scandal.

Lane and Kinnear will play siblings on House of Cards, with additional details about their characters being kept firmly under wraps. Both newcomers to House of Cards have signed up to the original Netflix drama’s sixth and final season. And what about Robin Wright?

The sixth and final season of House of Cards will now feature Robin Wright as its solo lead, that is the great news! Unfortunately, the fans will not see Kevin Spacey because he was removed from the season entirely. In October, the disgraced actor was dismissed from his role as Frank Underwood following a string of harassment claims, leaving the series in need of a serious rewrite.

Indeed, Netflix has since reduced the final season’s episode order from thirteen to eight (fortunately, only two of those episodes were written when production was first halted).

Throughout its past five seasons, House of Cards has received 53 Emmy nominations and has won seven of them.

Several House of Cards crew members have also come forward to accuse Spacey of sexual harassment and assault, but there is no news regarding their clear and open accusation. So far, Kevin Spacey spends time while recovering from such a dramatic U-turns of his private and professional life. Whatever it was, he and Robin Right showed one of the best actor duos – Frank and Claire Underwood are now part of the modern Hollywood history.