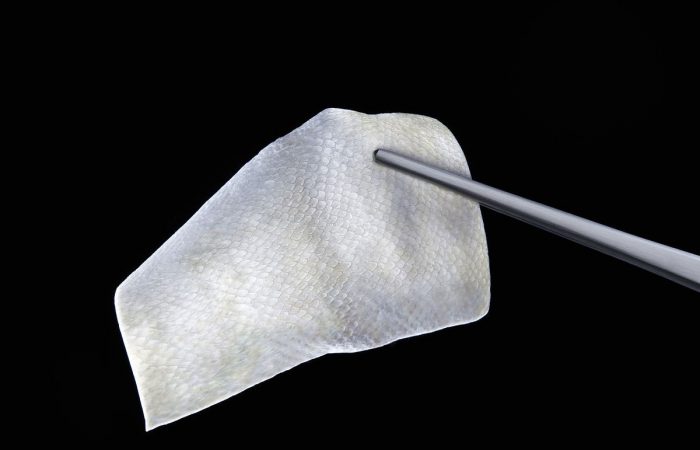 The Norwegian researchers have presented their own contribution to the globally expanding cellular-therapy and regenerative-medicine, Springwise reports. A firm has created codfish skin that, when grafted onto damaged human tissue, is ultimately converted into living tissue.

The company’s leading product, Kerecis Omega3 Wound, is intact codfish skin that, when grafted onto damaged human tissue, recruits the body’s own cells, prevents infections and is ultimately converted into living tissue.

Thus, people could avoid life-altering amputations, which often result from hard-to-heal wounds, said Fertram Sigurjonsson, CEO Kerecis. In addition, 25 percent of people with diabetes develop wounds, and 6 per cent of these patients end up having a limb amputated. In the context of which, use of fish skin and fatty acids could be prosperous.

An advantage of such an approach is evident, there is no disease-transfer risk between cold-water fish and humans, unlike mammalian-based skin grafts. In fact, fish skin is also high in Omega3 polyunsaturated fatty acids, which helps with sound healing by reducing inflammation.

Among the fish skin product, Kerecis has a pipeline of ideas that it plans to submit for FDA approval, with one in development for breast reconstruction. The Norwegian medical firm is investigating a variation of the Kerecis Omega3 fish-skin for the reconstruction of dura mater, a leather-like membrane covering and protecting the brain and spinal cord.

According to Sigurjonsson, his company can produce eight “skin units” from one cod. Each unit sells for roughly €420, yielding a value of €3,390 per fish. It is worth to note that the fish skin can also be stored at room temperature for up to three years and then hydrated for 30 to 60 seconds before use, just a revolution in the surgery.

“It has the potential to be very useful,” says Steven Jeffery, a plastic surgeon with the U.K. military who specializes in burn care.