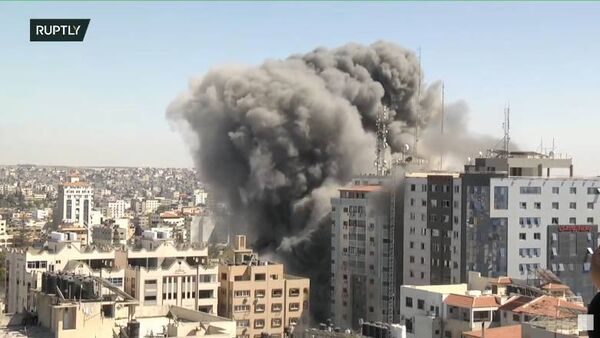 The Al Jalaa building, which houses offices of Al Jazeera, Associated Press journalists and other offices was targeted by the Israelis on Saturday.

The offices of media companies such as Al Jazeera and Associated Press was targeted this Saturday. There are many apartments in the building as well, say the local media.

The Israeli airstrike came approximately an hour after Israeli forces called the building’s owner, warning of the attack and advising all to evacuate the premises.

The owner asked the Israeli office to give the media time to evacuate their equipment from the building, however, this request was denied, The Irish Examiner reported.