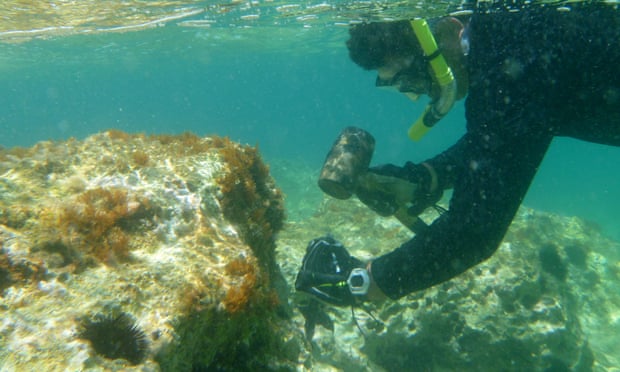 Italy’s authorities have reported on mass arrests after the Naples police arrested 18 people on Wednesday for the illegal fishing of a protected mollusc, date mussels.

The activity of the so-called ‘mussel mafia’ is destroying the reefs around Naples. According to the eco-activists, the date mussels Lithophaga lithophaga are cigar-shaped shellfish that make their homes inside limestone. The mollusc is secreting an acid that slowly carves out a tunnel in the rock.

The point is they take decades to grow and can live for more than 50 years. To reach just 5cm in length, mussels should live from 18 to 36 years. In fact, the rare shellfish is almost endemic, it can only be found in the Mediterranean Sea, the Adriatic Sea, the Red Sea and parts of the Atlantic Ocean.

EU banned date mussels fishing to save its population

Since 2006, fishing (and consuming) date mussels is banned in the entire EU. The reason is not only because the mollusks are an endangered species, but also because fishing them out of the rocks is affecting the entire ecosystem.

Thus, the harvesting of date mussels is one of the most harmful practices in marine habitats worldwide. However, people want the mollusc in the menus, that is why a plate of spaghetti with date mussels – officially off the menu – can cost up to $80. During the winter holidays, date mussels can be found on the black market for $235 per kilo.

Naples’ authorities say that 48 percent of the walls of the Faraglioni, three stunning rocks standing in the sea facing Capri and a symbol of the island, are compromised because of the drilling, hammering and bombing caused by harvesting the forbidden shellfish.

On Wednesday, Naples police arrested 18 people and accused them of several crimes including illegal fishing, destroying the marine habitat and selling unsafe foods. A conviction could lead to a jail sentence of between two months and two years or a fine of up to EUR12,000.