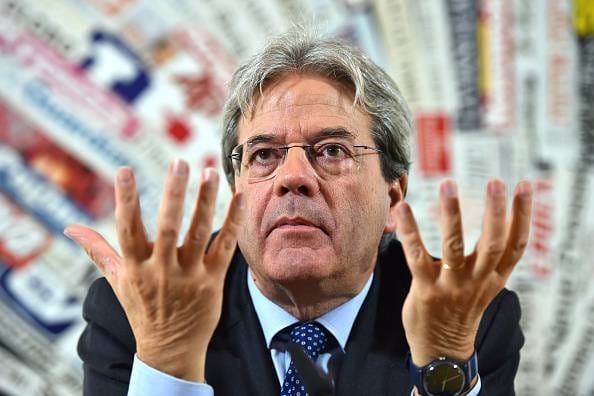 Italy hopes for the economic boost, the country is hooking on to a robust eurozone recovery, but this doesn’t mean that the country’s fragilities have been overcome.

A batch of comforting data has brought some relief to Paolo Gentiloni’s centre-left government, Italy starts to strengthen confidence in its economic recovery. There is a good news from the International Monetary Fund: in July, it has upgraded Italian economic’s growth estimate to 1.3 per cent in 2017, on the back of positive momentum across the currency bloc.

The chief Italian economist at UniCredit in Milan believes that Italy will cope with that temporary difficulty:

“I’m not sure Italy can be called an overperformer, but it is keeping the pace and benefiting from the improved external environment,”

This summer became a rather tough time for Mr Gentiloni’s government, the migration crisis is deepening in the central Mediterranean area, this aspect becomes more powerful to the economic and is able to give him some leeway in crafting a challenging budget in the autumn ahead of a 2018 general election.

The government rescues of three troubled banks, after painstaking negotiations with the EU and the ECB, and an aggressive restructuring at UniCredit, the Milan-based lender, have also eased worries about the financial sector, which has been weighed down by bad loans.