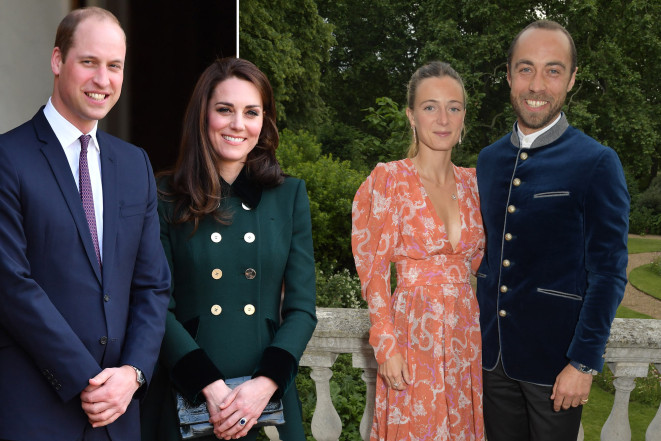 Kate Middleton and her husband personally congratulated James Middleton and his French love with an official marriage. The royal couple has jetted on Saturday to the south of France to attend the intimate wedding ceremony, Page Six revealed.

The Cambridges and their three young children were all on hand to witness Middleton and Thevenet finally say “I do” after twice postponing their nuptials due to COVID-19.

The 34-year-old Middleton and his 31-year-old Thevenet decided to create a new family. Alize, a financial analyst, planned a small, family affair in the heart of France, where her father lives. Jean-Gabriel is a retired French diplomat who now runs a rustic inn.

Mr & Mrs Middleton preferred to tie a knot surrounded by family, friends and of course a few dogs in the beautiful village or Bormes-les-Mimosas.

Among the guests were Kate’s parents, Carole and Mike Middleton, alongside her sister Pippa, and brother-in-law James Matthews and their two young children, Arthur and Grace.

In September 2020, he dedicated an Instagram post to his future bride, whom he says helped him through his battle with clinical depression.

“It’s a year since I asked Alizee to marry me … what a year it’s been!” he wrote. “Two homes lockdown … and much more but the best part is that I get to share it with you @alizeethevenet and I can’t wait to take on whatever the future holds for us.”

Over the years, Prince William, the future heir to the throne, is extremely close to the Middletons and counts their support as a blessing, particularly during his most recent stressful issues with his younger brother Prince Harry and his American wife.