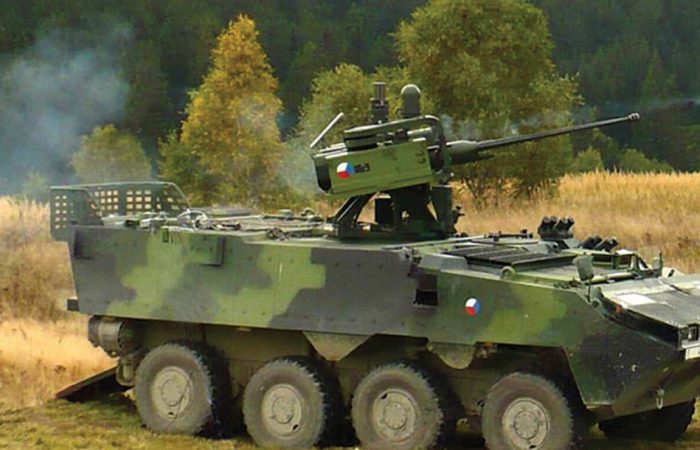 The multi-million contract between the Latvian Ministry of Defence and EuroSpike signed in February 2018 has begun to realize, Jane’s Missiles & Rockets reported. The Latvian National Armed Forces are taking delivery of initial consignments of the precision-guided tactical missiles, Spike.

The first Rafael Advanced Defence Systems Spike have arrived in Latvia under the provisions of the EUR 108 million contract signed in 2018. EuroSpike is responsible for the marketing, and some manufacture, of the Spike family of missiles in Europe. In fact, it is the German joint venture between Rafael, Diehl Defence, and Rheinmetall Electronics.

Briefly, Spike is fielded by 28 countries including the Lithuania, Poland, Finland and Germany, and Rafael says more than 23,000 Spike systems have been purchased worldwide.

The Spike system originated as a fire-and-forget man-portable anti-tank guided missile system (MANPADS) with a range of 2.5-4km, depending on variant. The vehicle-mounted model has a range of 8km, while the non-line-of-sight variant can hit targets at up to 25km.

For Latvian AF, it was important that the new Spike systems will be paired with its CVR-T armoured fighting vehicles acquired from the United Kingdom.

In 2018, following the signing of Spike contract, the defence official Bergmanis stressed that anti-tank capability was one of the elements that was very necessary.

As the armament experts believe, a new contract provides for latest Spike variant effectors, including Spike SR, Spike LR2, and Spike ER2. The Latvian Land Forces already field the man-portable Spike Lr1, which it acquired in 2008.