Mark Zuckerberg doesn’t use Facebook, his account is running without MZ’s personal efforts. In fact, the founder of the most influential social network in the world has a special team to update the FB account.

Mr Zuckerberg has a lot of things to do every day, the young billionaire prefers to dedicate the time of his life to the family. Meanwhile, his personal Facebook account is living with its parallel life: 12 people help Mark make his posts and write his speeches.

While Mark is doing many important things like charity, educational projects and trips all over the world, the special team reportedly tasked with deleting harassing or offensive comments and clearing spam from Zuckerberg’s page.

Mark Zuckerberg likes to see his personal page in the perfect status, the media billionaire employed a professional photographer to capture him as he travels the planet. We have to say that the images at Mark’s page are really impressive and atmospheric. Among them are snaps of the web developer jogging through Beijing and leaving the Vatican after an audience with the Pope.

Among the recent snaps is the impressive photo where Mark and his wife Priscilla talking to the Pope in Vatican. Another image shows Mark and his team jogging through Beijing. Rather strange choice for the place to jog, the Chinese city is suffering from the toxic smog. 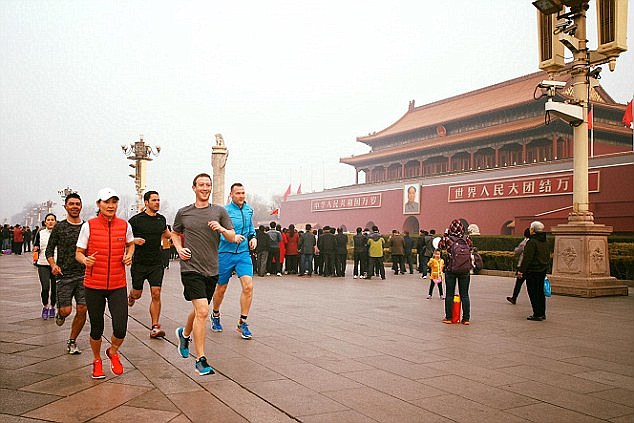 Mark made his media empire by himself, so, it is really nice to see that the young man is able to live his own life instead of sitting at the office. That’s good if money brings some freedom and even happiness to the lives of people.