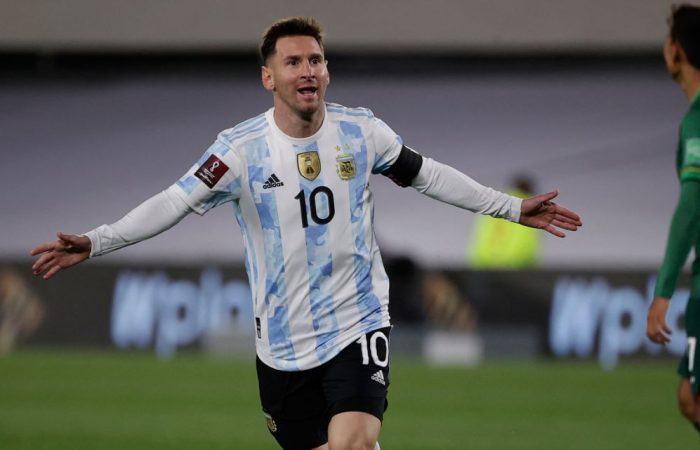 Lionel Messi’s hat-trick allowed him to overshadow the football legend, Pelé. The best international goalscorer in South American football history made his fantastic goal on Thursday when Argentina cruised to a 3-0 victory over Bolivia in their 2022 World Cup qualifier.

Messi pounced for his 77th, 78th and 79th international goals to keep the Argentina team firmly on course for a place at 2022 finals in Qatar against a Bolivians languishing near the foot of the table. “I’ve waited a long time for this,” Messi said afterwards, as he welled up with tears.

The 34-year-old Paris Saint-Germain forward, making his 153rd appearance for Argentina, drew level with Pelé’s longstanding mark of 77 goals in the 14th minute, nutmegging a defender and then curling a sublime shot past Bolivia goalkeeper Carlos Lampe.

The skipper then moved one clear of Pelé in the 64th minute with his second of the night, Buenos Aires Times reports. It surging into the Bolivian box and playing a one-two with Lautaro Martínez before tucking away a finish from close range.

Messi completed the seventh international hat-trick of his career two minutes from time, burying a rebound from close range after a shot from the edge of the area was only parried by Lampe.

“Now I’m going to enjoy it, it’s a unique moment after waiting so long. I am very happy,” Messi said.

Meantime, the great rival Cristiano Ronaldo holds the outright record for goals scored in international football with 111 from 180 games.