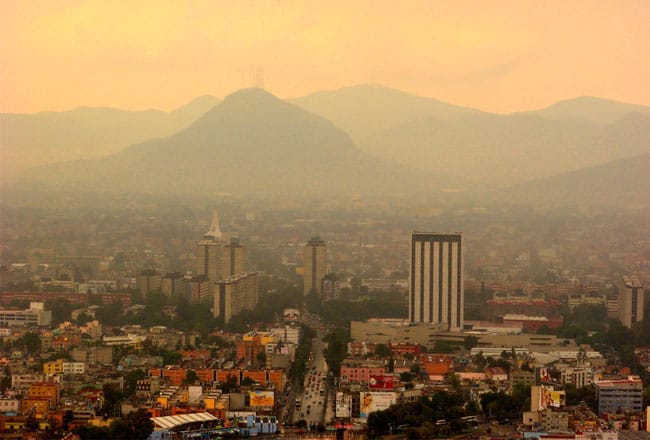 Mexico City’s authorities warn the air of megapolis is so polluted with the ash particles, so, it is important to stay indoor. The fires in the southern states of Oaxaca and Guerrero combined with a high-pressure weather system are carrying contaminants into the Valley of Mexico, the local media reported.

Mxico city residents remain indoors as forest fires are polluting air  with the dangerously tiniest solid particles. The Environmental Commission of the Megalopolis warns that the smallest particles’ concentration is extremely high, the respiratory sytem is not able to catch them under such complex conditions.

The prolonged inhalation of the ash particles could cause the respiratory problems and other illnesses, say the doctors and urge to wear protective masks.

The bush blazes are intensifying since weekend, 258 firefighters have been dispatched to extinguish 13 bush fires, four fires on barren plots of land, two house fires, a forest fire and a blaze at an industrial warehouse in the capital. In the state of Mexico, about 992 firefighters have been sent to fight 30 fires over recent days.

The Valley of Mexico becomes the most polluted place so far, too high is the concentration of the solid ash particles in it.

The climate change is the only reason for Mexico’s dry season extention in recent years, say the experts. In addition to the earlier air pollution due to cars, the prolonged dry season leading to less rain during the summer months and higher temperatures. The capital has the added challenge of being in a valley, which traps dirty air and ash particles.